How does the intake manifold affect your engine?

Browse the article How does the intake manifold affect your engine? 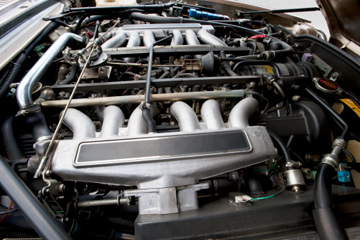 In cars with an internal combustion engine (and despite the electric cars that are beginning to enter the market, most cars (including hybrids) still have internal combustion engines), what makes movement possible is a series of small explosions taking place inside the combustion chambers. The fuel for these explosions is usually gasoline, but the explosions wouldn't be possible without oxygen, which allows combustion to take place. In other words, there has to be the proper air and fuel mixture in your car's cylinders for anything to happen at all. Without air in the cylinders, your car would just sit there taking up space.

Enter the intake (or inlet) manifold. If a car is like your body, then the intake manifold is its lungs. (I guess that would make the engine its heart, but it might be better to give this metaphor a rest.) The intake manifold is a series of tubes that distributes the air coming into the engine evenly to each of the cylinders, so that the right amount of air can mix with the right amount of gas. Most internal combustion engines run on a four-stroke process and during the first stroke (called the intake stroke) air from the intake manifold is sucked into each cylinder through a valve or valves. These intake valves are then closed for the other three strokes (compression, combustion and exhaust) and reopen when the cycle starts all over again. It's the intake manifold that's responsible for making sure that there's enough air available when the valve opens for each intake stroke and that each cylinder gets the same amount of air as the others.

But what if the intake manifold develops a leak?

Intake manifold leaks aren't extremely common, but they do happen. You would think that the result of a leak in the intake manifold would be air escaping and less air making its way to your car's cylinders. Actually, it's precisely the opposite that happens. Because the air pressure inside the manifold is lower than that in the ambient air surrounding the engine, the manifold will actually suck additional air through the leak. This will put too much air into the cylinders and decrease the amount of gasoline that can be squeezed in alongside it, which will make for less efficient combustion. Remember that every time one of those small explosions takes place inside one of your car's cylinders, it turns the crankshaft. So if there's too much air and not enough gasoline for the combustion process, the explosions will become weaker and your engine will have to work harder to turn the crankshaft. So if you notice that your car is responding more sluggishly every time you press down on the accelerator, a leak in the intake manifold could be the culprit.

But there are plenty of other possible causes for sluggish acceleration in a car, too. So how do you know if your car's reluctance to speed up when you tell it to is caused by a leaky intake manifold? One way is to simply listen to your engine. Your car may be trying to tell you that it has a problem, so pause for a moment and try to understand what it's saying to you. In fact, you'll literally need to pause, because you can usually only hear the problem while the engine is idling. What you'll hear has been variously described as a hissing, whistling, sucking, gulping or even slurping noise. The car may also feel rough while idling and the engine may even stall completely at slow speeds. Or, when you turn off the car's ignition, it may keep on running for a while longer than it should. All of these can be signs of an intake manifold leak. Some experts even suggest spraying small amounts of starter fluid on the seals of the intake manifold while the engine is idling. If the engine reacts to this in any way -- for instance, by speeding up briefly -- then the fluid is slipping in through the leaks. All of these signs are a warning that you should be paying a visit to your local auto mechanic for a definitive leak check.

There's a second way in which intake manifolds can leak. In some models of car, the intake manifold has a double use as a conduit for coolant fluid. If the leak is in a coolant seal, you may start noticing loss of coolant and distinct puddles of coolant beneath the car after it's been sitting in one place for a few minutes. Once again, this is a sign that you should get your car looked at by someone at your favorite auto shop.

As a writer for the automotive section of HowStuffWorks.com, I write a lot about new technologies that will one day replace the internal combustion engine. Some of these new technologies, like the electric motor, are already in the early stages of direct replacement. But for the time being, the internal combustion engine still dominates the automotive world and it's a good idea to know what can go wrong with it and how to recognize it when something does. Until I wrote this piece I hadn't given much thought to problems with the intake manifold or the possibility that it might be sucking in air that could reduce the efficiency of my engine. With any luck, I'll never hear the telltale signs of my engine hissing while idling, but if I do, I'll know it's time for a checkup (and probably time to write a check to my auto mechanic, too).