by Cherise Threewitt Sep 18, 2019
Whether or not you can actually "hot-wire" a car totally depends on its age. HowStuffWorks

When was the last time you heard someone talking about hot-wiring a car? That could, of course, depend on how old you and and the crew you run with. Chances are, though, the only thing you know about it is what you've seen on TV or in the movies.

Which brings us to the question: Is hot-wiring a car as easy as it looks in those heist flicks? Someone just pokes around with a screwdriver, maybe disables the car alarm, and is on their way within seconds. Is that still the reality... or was it ever?

First, let's take a look at what hot-wiring actually is. In its simplest terms, it's a way to start a car by bypassing the ignition lock cylinder, which is the mechanical part where the ignition key is inserted to crank the car. And that's important because the older the car, the "easier" it is to hot-wire.

In an explainer for Jalopnik, writer Jason Torchinsky notes that most car models from the post-'90s on are equipped with built-in immobilizers, which make hot-wiring a lot more complicated — but not impossible. Cars with immobilizers are designed not to start if that immobilizer isn't bypassed with the correct key.

However, in an older-model car (pre-'90s) without an immobilizer, it's still fairly easy to clip on a few connectors you can get from the hardware store, and hot-wire that car sans key.

But what about late-model cars — we're talking the ones with fancy push-button ignitions and key fobs? Can you hot-wire those? The answer is no. Essentially, these cars work more like computers. They unlock whenever the key fob is in the vicinity, and the ignition starts with a press or turn of a button. There's no ignition lock cylinder to bypass. These changes basically rendered the entire hot-wiring process obsolete.

"In newer vehicles with keyless (push button) ignitions, hot wiring is a thing of the past," Frank Scafidi, director of public affairs at the National Insurance Crime Bureau says via email. "But hot wiring is still an effective theft method in older vehicle, no question about it." The National Insurance Crime Bureau helps increase public awareness of theft, fraud and other crimes.

Does that mean it's impossible to take a late-model car? Not at all. Cars with key fobs, remote keyless entries and push-button starts come with their own problems.

"That convenience has introduced a new complacency among drivers — leaving their fobs in the car," Scafidi says. "If the fob is present, stealing the car becomes much easier."

Even if you don't leave your key fob in your car, there are other concerns. Sophisticated car thieves have devices that can now help them start the car without ever having to dig under the dashboard and rewire a few connections. They hack into it.

This is known as a relay attack and it uses a device that finds a car's key fob RFID signal and boosts it, tricking the car into thinking the key fob is nearby. Similar devices send "pings" to the key fob to intercept and duplicate the "passwords" used to communicate with the vehicle. Experts say these types of thefts are still uncommon, but they do happen.

Scafidi says automakers are mindful of the security weaknesses but fixing them is a constant moving target.

"Security is better today than it was three years ago, but not as good as it will be five years from now," he says. "In the meantime, thieves figure ways to defeat current protections while the industry develops more robust defenses — until the thieves figure those out. It is a classic cat-and-mouse scenario."

In the meantime, you can take common-sense steps to make sure your late-model car doesn't get hot-wired, ahem, hacked. First, treat your key fob as if it's an actual physical key (meaning never leave it in the car). But you can take that one step further and store it away from walls and windows so signal boosters are less likely to reach the fob and hack it.

For added protection, you can even store your key fob in the refrigerator or freezer, which blocks signals from being transmitted in and out, but be aware that may take a toll on the battery. And, if your car offers a cell phone app that enables remote entry and start, remember that these apps may be vulnerable to hacking, too.

Finally, if you can, store your car inside a garage. All these methods require that the thief is near the car long enough to send and receive the required signals, and any deterrent is helpful.

At least you can rest assured that your new car probably won't get hot-wired.

How Some Cities Prepare to Withstand Climate Change 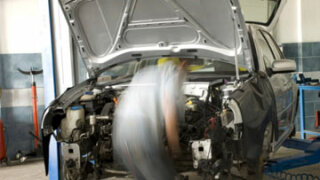 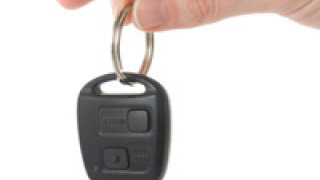 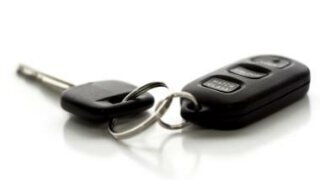 Can other people unlock my car door with their remote?

In Search of the Perfect Proustian Madeleine
April 7, 2020