What do you think highways will look like in 2050? 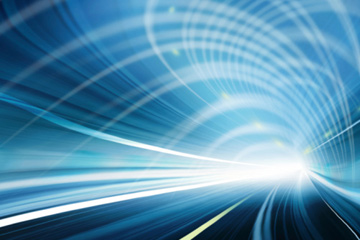 What will the highways of the future be like?
iStockphoto/Thinkstock

Some technologies, like the Internet, evolve at a blistering pace. But others, like highways, have remained relatively unchanged for decades. Here’s what we think the future holds for highway systems. But we want to know what your vision of the future is like. Share your thoughts in our comments section!

Back in 1912, a man named Carl Fisher had an ambitious dream to create a roadway that spanned the United States from one coast to the other. He wanted the road to be in good condition and to withstand traffic. Eventually, his efforts would lead to the construction of the Lincoln Highway. Originally, the highway was a gravel road, but over time, the project began to incorporate concrete, leading to a road revolution.

Since then, we've made progress in creating more durable mixtures of road surfacing and we've certainly added more lanes to highway traffic. We can lay down asphalt faster and more efficiently these days. But basically highway technology hasn't changed a great deal since the early 20th century.

That doesn't mean we'll be driving on the same type of highways by 2050. Numerous companies and organizations are working on creating smart highways using sensors that will help detect and reroute traffic. And it's not hard to imagine components in vehicles working along with the sensors embedded in the highways themselves.

Safety measures in highways will help prevent crashes by detecting car position, speed and momentum. When conditions change suddenly on the road, the system will override a car's manual control system. It will mean we'll surrender some of our freedom to a larger system but it will also lead to fewer accidents and traffic jams.

Perhaps we'll even reach a point where our cars will interface with the highways so that we can relinquish control completely if we choose. I know there are millions of people who love to drive and I doubt we'll reach the point where it will be mandatory to give up all control. But at the same time, I can't wait for the day when I just tell my car where I want to go and then let it do all the work for me.

I think the highway of the future will also be more economical. Research into self-repairing materials may lead to lower maintenance costs. And scientists are working on photoelectric panels that can withstand highway traffic. Our future highways will become massive power generators, collecting energy from the sun to be converted into electricity. Coupled with electric vehicles, we may be able to create a transportation infrastructure that provides its own power.

Solar panels in the road can have other elements in them as well. Imagine embedding LEDs into the panels, allowing transportation officials to display warning signs or other information on the road itself. Or they could include a heating element in the panels that allows the highway to increase its temperature, melting ice and snow and making travel conditions safer.

Then again, we may see a decline in investments in our transportation infrastructure, leading to crumbling highways and a slow descent into Mad Max territory. What's your vision of the highways of the future? Share with us your dreams of utopia or visions of an urban apocalypse in our comments section!