When it comes to great American feuds, there's Hamilton and Burr, Hatfield and McCoy, and, of course, Cardi and Nicki.

Sure, some of the most famous disputes in history have been settled in all kinds of ways — with pistols, murders and, yes, even rap battles. But the truly American way of handling big beefs is to hand them over to lawyers and drag them into the courts.

The legal tussle that took place between Henry Ford and brothers John and Horace Dodge helped shape the auto industry as we know it. The feud also laid the groundwork for how judges, even today, look at the relationships of businesses with their shareholders, employees and competitors.

"The number one reason that case is cited is for Ford supposedly wanting to do right by his workers," says Marc Hodak, an adjunct professor in New York University's business school. "The idea that he was actually trying to squeeze out the Dodge brothers is something that's often lost."

There is no Henry Ford without John and Horace Dodge. And there is no Dodge v. Ford Motor Co. if a once formidable partnership hadn't devolved into infighting for a leg up on the burgeoning American automobile market.

Ford and Dodge are some of the most iconic names in U.S. car making history. It turns out that the guys behind both brands started out on the same side.

The Dodge brothers — an unruly pair known in Detroit for their red hair, drinking prowess and affinity for knocking people out cold in bar brawls — got started in the car business in 1900, building Oldsmobile transmissions.

Just a few years later, they were the chief supplier and outside machinists for Ford Motor's Model A, the company's first automobile. They also ponied up a large portion of the $28,000 that investors gave to Henry Ford to get started. That investment soon paid off: Ford Motor turned a $37,000 profit less than three months after selling the first Model A, the company said.

But the Dodges had bigger plans. They used the Dodge Brothers Motor Company banner in 1914 to launch their own car, the Model 30-35. The vehicle was intended to compete directly with the Ford Model T.

Henry Ford didn't take kindly to the new competition. He made a pair of decisive moves to try to take the wind out of Dodge's sails. Ford stopped paying dividends to the Dodge brothers and other investors. Then, he slashed nearly two-thirds off of the price tag on his cars.

The Dodge brothers were the "primary target," Hodak says, "but Ford didn't want any shareholders. He considered shareholders to be parasites."

The ensuing legal battle — the Dodges promptly sued Ford — eventually found its way up to the U.S. Supreme Court. The case is often described as a win for the Dodges, but Hodak and some legal experts say that's only half the story.

The court upheld an order directing Ford to pay a dividend to the Dodge brothers and other shareholders. In doing so, it rejected Ford's claim that he wanted to reinvest the money to bolster the company's production and boost workers' wages.

The decision is often cited for the legal theory of "shareholder supremacy," or that businesses should maximize profits for the benefit of shareholders.

"A business corporation is organized and carried on primarily for the profit of the stockholders," Judge Russell Ostrander wrote for the court. "The powers of the directors are to be employed for that end."

But the court also acknowledged another important legal theory, commonly referred to as the "business judgment rule." That principal assumes that corporate directors generally act in the best interests of the company and have wide leeway to do so, as long as their moves are reasonable. The court cited it in rejecting the Dodges' attempt to block Ford from expanding his factory.

"The judges are not business experts," Ostrander wrote. "It is recognized that plans must often be made for a long future, for expected competition, for a continuing as well as an immediately profitable venture. The experience of the Ford Motor Company is evidence of capable management of its affairs."

Ford may have had that part of the decision in mind when he made his next move against the Dodges. After the court ruling, Ford announced he was selling the company to his son. He also planted a rumor that he might start a new car business, driving down the value of the shares in Ford Motor Co.

That was enough to spook the Dodges and other investors, who sold their shares back to the Ford family.

Now That's Cold
The lawsuit John and Horace Dodge filed in 1916 claimed that Henry Ford had priced his cars too low, thereby cheating shareholders of potential income. It was filed the day after Henry's son Edsel Ford's wedding to Eleanor Clay. The Dodge brothers had been guests at the reception.

The Great Squirrel Debate: To Feed or Not to Feed?

Color Wheel Theory: How to Talk About Color 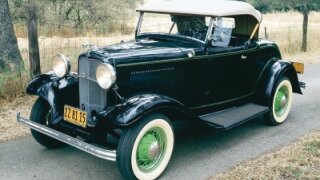 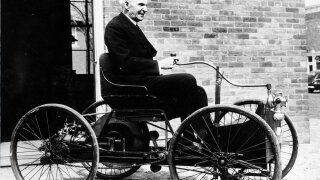 Did Henry Ford invent the car? 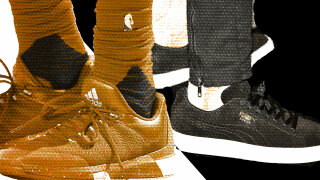 The Family Feud That Spawned Adidas and Puma