How much extra gasoline would Americans use if daytime running lights were mandatory? 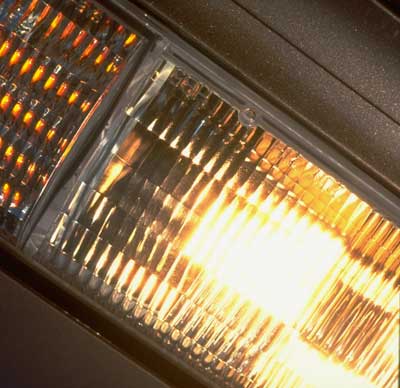 How much fuel your headlights consume depends on how bright they are. These halogen lamps, for instance, use more watts than LED-based ones.
Les Jorgensen/Time & Life Pictures/Getty Images

Just as there are several theories concerning the impact of DRLs in car accidents, there are different estimates of how much fuel the headlights actually use. There's no question they consume gasoline -- headlights require power, and the only way your car can produce power is by drawing from the gasoline in your fuel tank. The difficulty comes in figuring out just how much of that gasoline they use and how that number would be impacted if DRLs were mandatory. Like regular light bulbs, you can find headlights in a variety of styles and wattages. You could get some low-beam headlights capable of 160 watts per vehicle, or you could opt for the more economical LED-based lamps that use only 16 watts per vehicle [source: AllQuality, California Energy Commission].

If there were a national standard requiring all cars to use a certain lamp wattage, this daytime running lights dilemma would be a lot easier to figure out. As it is, the actual fuel consumption is going to depend a lot on the brightness of the bulb -- you might see a noticeable difference in your car's thirst for gas with the really bright lamps, or you may not notice any change at all. Transport Canada estimated that DRLs could add anywhere from $3 to more than $40 each year in extra fuel costs -- which was back before fuel prices climbed to record heights in 2008 -- while other government bodies, like the United States National Highway Transportation Safety Administration, state that DRLs decrease fuel efficiency by only a "fraction of a mile per gallon" [source: IIHS]. A European study adds to the confusion with its estimated fuel penalty between 0.5 and 1.5 percent [source: California Energy Commission].

To figure out how much extra gasoline the United States would use if all 244 million cars on its roads were equipped with mandatory DRLs, we'll have to make a few assumptions [source: DOT]. First, we'll assume that DRLs would average out at about 90 watts total -- roughly between the low and the high wattage capabilities, and that the fuel penalty therefore would probably be mid-range as well: about 1 percent. With the help of a graph provided by the Federal Highway Administration, we can see that of the 7 billion miles (11.3 billion kilometers) Americans drive every day, approximately 70 percent of those are driven during daylight hours, which equals about 4.9 billion miles (7.9 billion kilometers) driven during the time when DRLs would be in use. [source: EIA, DOT].

Since the average consumer car in the United States gets about 20.3 miles (32.6 kilometers) per gallon, that means Americans currently use about 241.4 million gallons of gas for driving during daylight hours. To get that number, we divided the number of miles driven throughout the day by the average car's fuel efficiency (4.9 billion miles divided by 20.3 mpg) [source: DOT]. Now, when we factor in the 1 percent reduction in fuel efficiency, that usage increases to 243.9 million gallons -- a difference of more than 2 million gallons.

At current U.S. prices ($3.81 per gallon as of August 2008), that would be a total of more than $7.62 million every day [source: EIA]. Of course, when you divide that by the number of cars on the road, it's not even a penny per car. So if you want to contest the purpose of a DRL law, you're going to need more up your sleeve than fuel consumption.