Gas Prices Across the Country 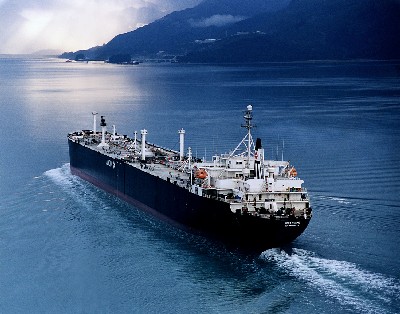 Photo courtesy Phillips Petroleum Company
Most of the American crude-oil supply is imported using tankers similar to this one.

The new legislation to input ethanol comes from environmental standards that have been in place in some parts of the country for several years. In some areas, gasoline was required to meet higher environmental standards in order to reduce the amount of smog created by burning gasoline. Producing this cleaner-burning gasoline caused problems in refining, distribution and storage, which increases the cost of gas. "The result of this targeted approach to air quality has been to create gasoline market islands," John Cook, director of the petroleum division of the DOE's Energy Information Administration, said before the U.S. House of Representatives Committee on Energy and Commerce on May 15, 2001.

Cook pointed at California and the Chicago and Milwaukee areas as primary examples of gasoline-market islands. The clean-burning requirements in each of these areas are unique to that individual area, and only a few refineries can produce the specialized products. High demand, a supply problem at a refinery or a problem with a pipeline can cause pricing in these areas to surge. Other states and municipalities also have their own requirements for cleaner fuel.

In California, the state government has set its own reformulated gasoline rules that are stricter than the federally mandated clean-gas laws. The state adopted requirements for cleaner-burning fuel in 1996 [source: ARB]. This is why Californians pay a higher price for cleaner fuels -- this, plus a local sales-and-use tax, the federal excise tax and a state excise tax. California's distance from the refineries located near the Gulf of Mexico can also add to the cost of gasoline if it chooses to obtain gas supplies from those refineries.

Another area where prices have far exceeded the U.S. national average is the Midwest. In 1999, before the rest of the country started using ethanol-blended gas, the Midwest region became subject to rules that required the use of ethanol. Few refineries outside the region produced this type of reformulated gasoline, which meant that demand could outstrip supply. This was one of many factors contributing to higher gas prices in the Midwest in the early 2000s. The problem cropped up again across the United States after the national call for ethanol-blended gas in the spring of 2007.

Crude oil inventories have the single biggest effect on gas prices, and the United States depends heavily on foreign oil supplies. In July 2008, the United States imported about 13 million barrels of oil and petroleum products per day [source: EIA]. We'll look at exactly where that crude oil comes from next.