Can you turn off a speed limiter? 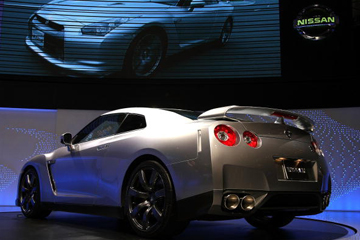 To make a long story short, yes, there are ways to disable your car's speed limiter. Like most computers, the functions of your car's engine computer can be modified. But that's not always easy to pull off.

Believe it or not, some cars have built-in ways to defeat the governor. On the Nissan GT-R, the car itself automatically raises its top speed when its GPS system detects that you've brought it to a racetrack. And going back to our previous example, the new Ford Mustang has a programmable top speed so parents can restrict how fast their teen drivers can potentially go [source: Ford].

Okay, that's all well and good, but how do you actually turn off a speed limiter? Many cars now offer aftermarket performance chips or engine computer reprogramming that alters the way the engine performs. These modifications can add power or fuel economy to an engine, depending on what the tuner desires. That programming can also include removing the speed limiter.

There are even ways to do this mechanically. For example, if you own an older Nissan 240SX sports coupe, disconnecting two sensors in the transmission will make it so the engine computer no longer knows the engine RPMs in fourth or fifth gears, so the limiter never kicks in [source: 240SX.org].

Every car is different and a little Internet research can show you how to do it on your own vehicle -- but keep in mind that it might not always be the safest thing to do. Also, make sure your tires and your driving skills are up to the task first.