by Jesslyn Shields Jul 6, 2017
When a storm suddenly arrives, do you keep driving and set your hazards to blink? Police officers advise against that practice, and in some places it's even illegal. Scott Montgomery/Getty Images

Question: How do you deal with driving through a torrential rainstorm? A blizzard? That supersized sandstorm from "Mad Max: Fury Road"?

The best answer would probably Answer 3, if conditions are rough enough, although Answer 2 is where a lot of people's instinct takes them. Turning your hazards on in tricky conditions makes a certain kind of sense, right? A flashing light is arguably more noticeable than a constantly shining one. But this is one of those cases where what might seem like a good idea isn't. Or, at least it's up for serious debate, and laws differ.

According to police in Georgia, for instance, hazard lights should be used primarily if you're stopped on the side of the road, warning other drivers of an upcoming hazard (i.e. you). Using your hazards while driving is actually illegal in some U.S. states and other countries, sometimes all the time, sometimes only under certain circumstances. For instance, you're allowed to run your flashers while driving in Louisiana, but not across the state line in neighboring Mississippi. And you're allowed to blink when driving in a funeral processions in most places — but some states that outlaw their use while driving make exceptions if you're traveling under a certain speed, or if you're using them to indicate another danger on the road. Check with your local authorities if you're concerned about the law.

And regardless of the legality, driving with hazard lights on may not be safe. Since hazard lights are designed to send a "look at me!" message to other drivers, having them on while you drive through a hailstorm might send mixed messages to others on the road. For instance, other drivers might expect you to be parked on the side of the road, when in fact you're just crawling along like a big metal snail, creating a disorienting situation. Hazards might also be more of a distraction than a help, by diverting another driver's attention away from what they're doing for no good reason. Flashing hazards make brake lights more difficult to discern, and since hazard lights flash all four of a car's turn signals at once, it becomes impossible to communicate an intended turn to other drivers.

According to AAA, the best way to operate a car in rainy conditions (if you're not going to pull over and wait) is to drive slowly in the middle lane with your headlights on low beam. Turn off the cruise control and maneuver your car lightly — don't slam on the brakes or make any sharp movements with the steering wheel.

Now That's Interesting
It is almost always illegal to double park — parking a car in a traffic lane adjacent to cars parked in spaces — even if you turn on your hazard lights.

Why We Feel Hungry … Even When We're Not

America's Past Presidents Had Some Really Weird Habits 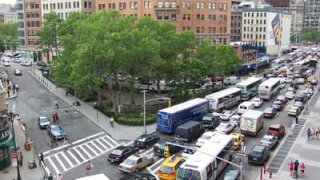 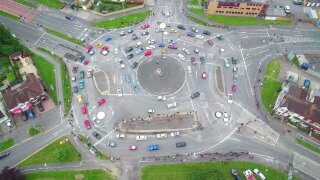 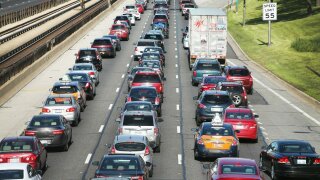 7 (Bad) Reasons Why People Don't Use Their Turn Signals