by Larry Woody
Prev NEXT
8 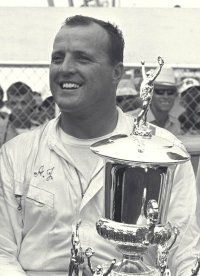 Why it's No. 8: Foyt's victory in the 1972 Daytona 500 was significant for much the same reason as Andretti's in 1967: A big-name driver from the other side of the tracks (Indy cars) brought attention and prestige to stock car racing.

Foyt, a bigger-than-life Texan, made a Joe Namath-like guarantee prior to the 1972 Daytona 500: "I'll win it." Early on, though, it looked as if Foyt would have trouble living up to his words. He got jammed in traffic and was forced to elbow his way through the crowd of roughhewn NASCAR regulars.

It wasn't until the closing laps, after a contending Richard Petty was sent to the garage because of car failure, that Foyt found himself free and clear of the pack.

Foyt then sailed to the checkered flag, beating Charlie Glotzbach by almost two laps, the biggest margin of victory in Daytona 500 history.