What's the safest way to brake when I'm towing?

by Jessika Toothman
NEXT PAGE 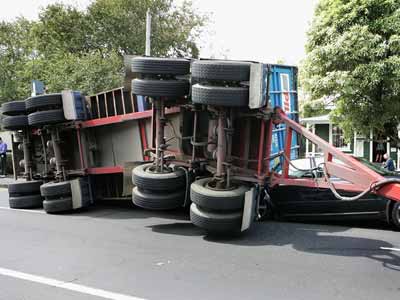 Trailers can be tricky to maneuver, so caution and careful braking are critical.
Sandra Mu/Getty Images

The majority of the driving population -- those whose vehicles are having a good day, anyway -- takes a lot of things for granted. Their vehicles speed up, slow down, back up and turn when they require them to and with relative ease. Barring a slick road or other natural interruption, everything usually goes as planned. But if you add a couple thousand pounds onto the back in an independent vehicle, everything gets a little more complicated.

This additional weight makes itself known during almost every stage of a trip, but perhaps none so much as when you need to hit the brakes. One of the reasons braking while towing is such a challenge stems from the notion of inertia -- because nobody likes change, right? Inertia means objects feel the same way; if something is resting, it tends to stay at rest. If something is moving, it tends to stay moving unless another force interferes with its motion. Braking a trailer, especially if it doesn't have any brakes of its own, is messing with its inertia in a big way. The tow vehicle might be slowing down, but the trailer is still raring to go, and this can cause it to swing dangerously. Also, any cargo that's not strapped down will probably go flying.

Whether you've never towed anything before or you have but you're a little unsure about a new load, an important consideration to remember is that it never hurts to practice. Take a spin around some back roads where traffic is light and do a little experimenting. As you drive along, get a feel for how long it takes you to stop and how your trailer responds to braking at different speeds.

Another thing to note is that the advice of someone with experience in towing can be invaluable for a beginner or even a veteran who needs a refresher. Plus, there's always the chance he or she might have some gripping tales of emergency braking nightmares that'll scare you into taking it slow the first time.

Let's level the playing field with the forces of inertia a bit and learn about the types of brakes your trailer can be equipped with on the next page. 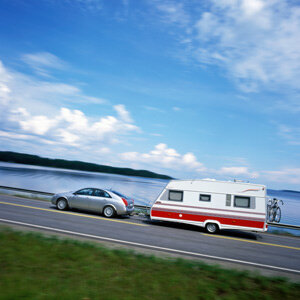 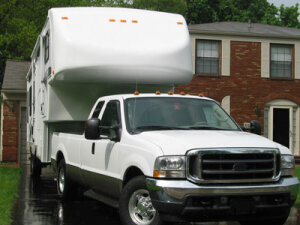 How to Load and Unload Towed Vehicles