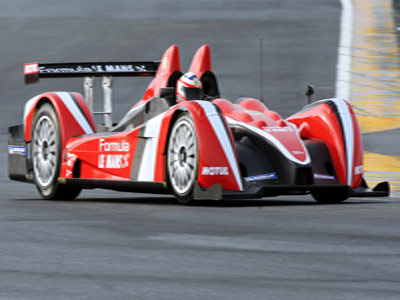 We've established that torque provides the twisting force that moves the vehicle along at a stop and at low rpm levels. But where does horsepower come in when you're towing?

As we discussed earlier, horsepower is what you depend on at higher rpm. It's what allows you to pass another car on the highway. When you're cruising along in your Honda S2000 and there's another car ahead of you that refuses to move, you can downshift, accelerate and speed past it. That's your horsepower working for you. As you accelerate, rpm levels rise, and that high-end power comes into play as you pass.

It's the same when you're towing. When you're driving your truck while pulling another vehicle behind you, you sometimes need to pass the slower drivers in front of you. When you accelerate and pull past the other car, you're putting your horsepower to work. In other words, if your engine doesn't have a ton of horsepower, don't expect to have an easy time of accelerating and passing when you're towing something behind you.

In the next section, we'll look at different types of truck engines, how they produce torque and horsepower, and which might best suit your towing needs.