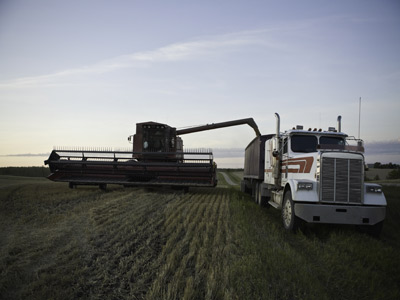 ­Most drivers know that torqu­e translates into low-end power, or the ability to accelerate the vehicle at low rpm levels. Torque moves the vehicle from a stop and helps it get up steep hills. As such, more torque is required to start a heavier vehicle than a lighter one. That's why torque is useful when towing -- torque is what allows you to pull heavy loads. When you see car ads on TV, they often discuss horsepower figures for performance and sports cars, while you're more likely to hear about torque in truck commercials [source: General Motors].

A vehicle's towing capacity refers to the amount of weight it can pull behind it. Modern trucks like the Dodge Ram 3500 can tow up to a whopping 16,000 pounds (7,257.5 kg) - more than twice the truck's weight, which is about 7,000 pounds (3,175.1 kg) [source: Edmunds.com]. That towing capacity is related to the truck engine's torque. Your vehicle's engine creates torque and uses it to turn the crankshaft, which is connected to the transmission. The transmission gears convert this torque so that the vehicle can move and tow cargo safely.

If you tow often, you know to keep your vehicle in a lower gear than normal. For a five- or six-speed transmission, that means towing in fourth; on a four-speed, third gear usually does the trick. This is because there is more torque available in lower gears, which is why it's harder to accelerate from a stop or pass another car on the highway in the highest gear, no matter how much horsepower you have [source: Autotropolis].

Imagine towing a trailer up a steep hill. If you're in a truck like the aforementioned Ram, you've got a lot of weight behind you, so obviously you'll want to go slowly up the incline. As such, you'll be keeping your engine rpm low. Again, that's where torque comes in. Having lots of horsepower just won't help you when you need to tow an object at low rpm. For that, you need that low-end power that torque provides.

You've heard a lot about torque, but what about horsepower? What role does it play in towing? We'll explore that in our next section.