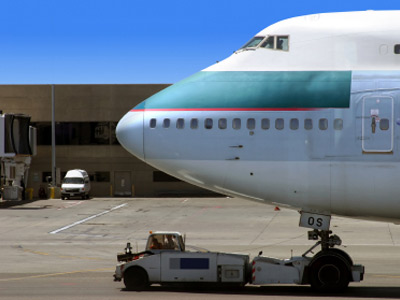 This is a good example of drawbar pull. How does such a small tractor pull a huge jet airliner?
EGDigital/iStockphoto

Recently, Toyota showed the world the drawbar pull capabilities of one of its full-sized pickup trucks, the Toyota Tundra CrewMax. The television commercial begins with the truck on a roadway near the edge of a 180-foot cliff at the Sierra Rock Quarry in Placerville, Calif. A metal cable is attached to the truck's towing hitch, and the other end of the cable is attached to a 6,400-pound shipping container. The container is dangling in mid air more than halfway down the quarry wall, and for the moment, the weight is supported by a nearby crane. All at once, the full weight of the container is released, causing the truck to be pulled even closer to the edge. Just in time, the truck's wheels grab the road surface, the rear end squats down a bit, and somehow the Tundra CrewMax pulls the enormous shipping container -- all 6,400 pounds of it -- up and out of the deep quarry.

Visually, the display an impressive demonstration of the pulling power of the truck; however, there are more common examples of drawbar pull all around us every day. Granted, these examples may not be as visually dramatic as the rock quarry stunt, but they're equally impressive in their own way.

­Probably the most universally familiar example of drawbar pull is displayed on rails. A locomotive pulling a long train of freight cars is demonstrating drawbar pull. The next time you're at an airport, take a moment to walk over to a window and watch the activity on the ground. The low and wide tractors that push and pull enormous jet airplanes exhibit drawbar pull as well. Another place you may see drawbar pull in action is on a farm. The tractor that pulls you and your friends or family along on that fun-filled hayride is drawbar pulling, too.

These examples give us an idea of what drawbar pull looks like, but what exactly is drawbar pull, anyway? Basically, drawbar pull is the pulling force, or pulling ability, of a vehicle. The definition of drawbar pull is the towing force of a truck or other industrial vehicle, exerted at its coupler (or equivalent) in the direction of motion of the coupling point. Drawbar pull is typically expressed in pounds or Newtons [source: A&G Mercury]. 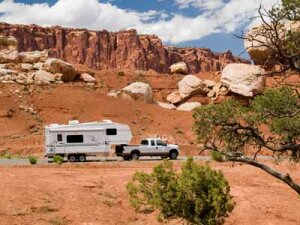 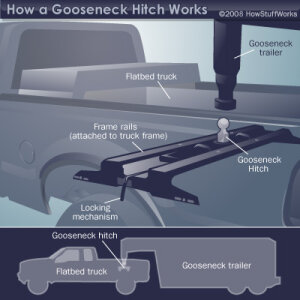 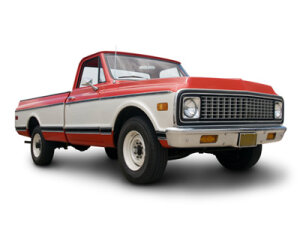