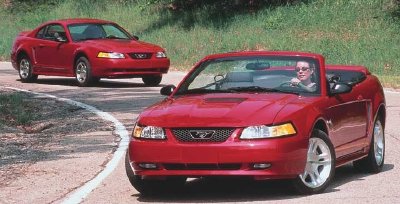 Mustang adopted Ford's "New Edge Design" theme for 1999. Note the standard foglights and larger wheels on the V-8 GT ragtop versus the V-6 base coupe behind it. See more pictures of sports cars.