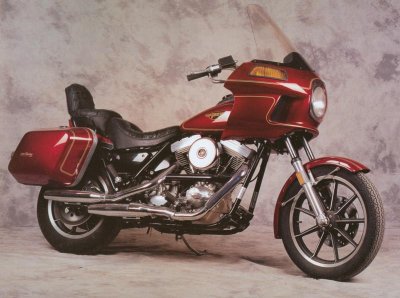 The 1984 Harley-Davidson FXRT built upon the success of the FXR introduced two years earlier.

When introduced in 1982, the FXR was heralded as a landmark motorcycle for Harley-Davidson.

The FXRT took the FXR's earlier success one step further.

A stiffer frame with Sportster-style forks provided better handling than any previous Big Twin, while rubber engine mounts and a five-speed transmission resulted in a smoother, quieter highway ride.

The 1984 version was among the chosen few to get the new Evolution V2 motor, which further enhanced the FXRT's touring capabilities.