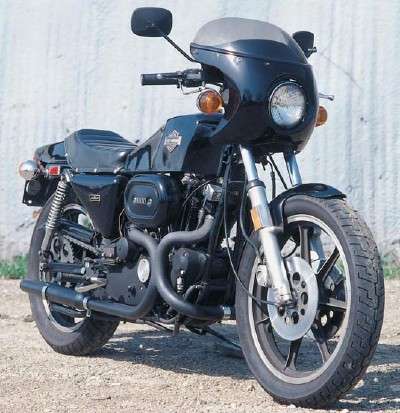 The XLCR faded away after only two years because too few Harley buyers were interested in joining the road-racing crowd. See more motorcycle pictures.

Although the 1977 Harley-Davidson XLCR motorcycle was an attractive machine, competition from Japanese bikes was too fierce for the XLCR to be highly successful in the American marketplace.

In an attempt to capitalize on the café-racing trend that was sweeping the country in the mid-1970s, Harley-Davidson ventured back into the world of customs to bring out the XLCR.

The problem was that although the XLCR was claimed to be "the most powerful production cycle Harley-Davidson has ever built," that wasn't saying much; Japanese competitors were quite a bit quicker and cheaper to boot.

Furthermore, the typical Harley buyer seemed to take little interest in joining the road-racing crowd, so sales never took off.

What was in fact a very interesting motorcycle (and quite soon, a very collectible motorcycle) faded away after only two years.

Continue to the next page to see more 1977 Harley-Davidson XLCR motorcycle pictures. 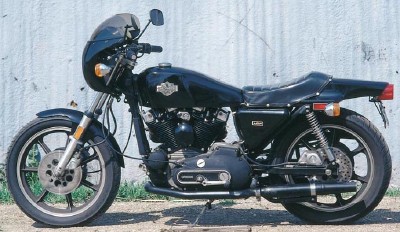 A sinister-looking road racer to be sure, the XLCR was nonetheless humbled by cheaper Japanese machines of the day.

"Siamesed" exhaust headers helped extract maximum power from the 1000-cc V-twin.
Easy-to-read tachometer and speedometer kept tabs on what Harley-Davidson said was the most-powerful motorcycle it had ever built.
The shift lever was reversed on its shaft to make
An ad for the XLCR credits "Willie G." Davidson,