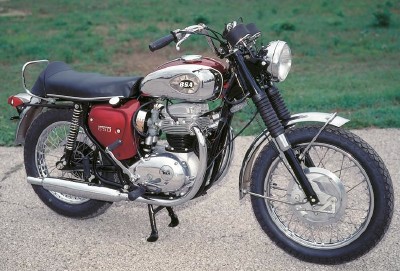 The 1970 BSA Lightning was the last of BSA's twins to have an oil tank beneath the seat. See more motorcycle pictures.

The 1970 BSA Lightning represented one of the last efforts of this proud British motorcycle maker to stave off the onslaught from Japanese-brand competitors.

BSA recorded record profits heading into the 1960s, but by the time the 1970 models hit showroom floors, the company was struggling to keep its head above water.

The reason, of course, was the cheaper, and often faster, Japanese motorcycles such as the Honda 750 Four, Yamaha 650 twin, and various Kawasaki and Suzuki large-displacement two-strokes.

Due to its proven track record, the 650-cc vertical twin used in the Lightning was also the power-plant of choice for several other BSA models. But because funds were beginning to dry up, the company made few product changes in 1970, though one model, the Royal Star, was dropped due to slow sales.

Among those few changes were better brakes for the Lightning, which now sported an eight-inch drum with twin leading shoes up front, and a seven-inch drum in back. Also, a passenger grab rail was added that surrounded the rear section of the seat.

For 1971, the oil tank beneath the seat was deleted, as the hollow tubes of the frame itself were now used to hold the oil.

BSA didn't survive long afterward, however, as the competition from Japan proved too much for the beleaguered company.

BSA was folded into Norton-Villiers in 1973, which spelled the end of the BSA nameplate, though Triumph (which BSA had acquired in the in the early 1950s) continued to scrape along for another decade or so before the whole empire collapsed.

Go to the next page to see more 1970 BSA Lightning pictures. 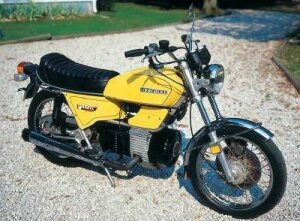 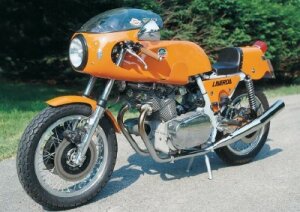 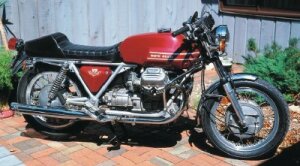