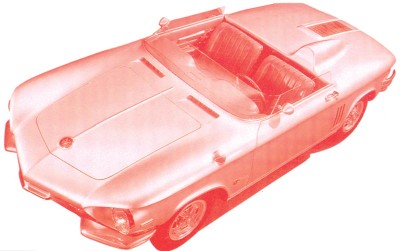 The decline and death of the 1962 and 1963 Chevrolet Corvair concept cars is one of the sadder ironies in automotive history. Though these lively yet economical compacts would be perfect even in today's world, they were disparaged by consumer advocates -- the very people who might have been expected to welcome it.

But Ralph Nader was not responsible for killing the Corvair. The ax had actually fallen some six months before the release of his 1965 book, Unsafe at Any Speed.

General Motors's decision to continue the car beyond 1965, but only until development and tooling costs were amortized, reflected the success of Ford's Mustang "ponycar," which overwhelmed Corvair in the sporty-car market the way Ford's Falcon had swamped it in the economy field.

It was Mustang and not Nader that forced GM to rethink its ideas about bucket-seat sportsters, which eventually led to the Chevy Camaro as its proper Mustang-fighter. Of course, Corvair was more technically advanced than either Mustang or Camaro, which partly explains why it still inspires enthusiasm.

The Corvair also inspired designers and engineers to use it as the starting point for several fascinating experiments. Some came surprisingly close to reaching showrooms.

GM's first Corvair special was the 1961 Sebring Spyder, a jazzy, short-wheelbase preview of the 1962 Corvair convertible. Though basically stock below the beltline, it boasted low racing windscreens and fixed door windows, a two-seat cockpit with "backbone" divider bar, and long dual headrests faired into the rear deck.

A year later came the 1962 Super Spyder, a wilder evolution of this basic design on the same 93-inch wheelbase (15 inches less than stock). Race-car design cues are obvious, and a stock 150-horsepower turbocharged Corvair six delivered performance to match.

Like its predecessor, the Super Spyder wore a tonneau behind its cockpit but with a single driver's headrest in a tapering pod a la Jaguar's famed late-1950s D-type and SS sports/racing cars. A trio of vertical louvers rode ahead of each rear-wheel opening as dummy air scoops (the Sebring had a pair of functional slots in that spot).

Triple chrome exhaust pipes exited from behind each rear wheel, which prompted thoughts of the late Hudson Italia. The drivetrain comprised a 150-horsepower turbocharged six and four-speed manual transmission from the production Monza Spyder.

All told, the Super Spyder was a good-looker, more dramatic than the Sebring, and the most advanced Corvair special built up to that point. But GM never even hinted that it might be built.

See the next section for details on other Chevrolet Corvair concept cars.