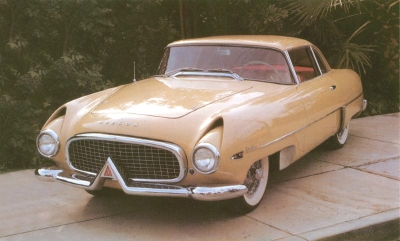 In the 1950s, anybody who was anybody in the automobile business needed a limited edition "sports" model. For Chevrolet it was the Corvette, for Ford the Thunderbird, for Kaiser the Darrin, for Nash the Nash-Healey -- and for Hudson the Italia. There were, however, these differences: The Italia held four rather than two passengers and, more than just a sports car, it was intended to spark a new generation of Hudsons.

Like the other sports models mentioned above, the Hudson Italia's underparts came "off-the-shelf," in this case mainly from the Hudson Jet, in order to keep its costs down. In the end, it didn't matter, because Hudson merged with Nash and the combined American Motors put its faith in Nash designs for the future. Hudson sold only 26 Italias, including the prototype.

The man who had to sell them was Roy D. Chapin, Jr., later board chairman of AMC, who said: "Well, I got rid of them!" When told that the 26 Hudson Italias allegedly paid for themselves, Chapin chuckled: "Shows what a good salesman I was, but I don't believe it. The research and development figure for the Italia [sources had quoted $28,000] sounds like our racing budget in those days."

The Hudson Italia was the dream of Hudson's respected chief stylist Frank Spring. Writer Michael Lamm once suggested that it came as a "reprieve" for Spring, who "had been terribly disappointed with the Jet." Added Chapin: "Another reason is that somebody got to [Hudson president Edward] Barit and convinced him that we had to have a more modern image. The old Step-down was in production too long; we had to do something to dramatize Hudson."

The interior of the Hudson Italia sported the most anatomically correct car seats thus far designed, adjustable fore/aft and for rake, with two separate leather covered seat cushions of varying density for the back and seat.

For more on the interior and other design details of the 1954-1955 Hudson Italia, continue reading. 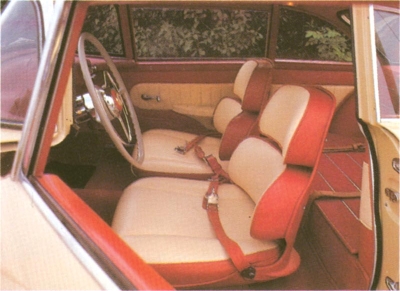 Despite a warm reception at auto shows, the 1954-1955 Hudson Italia suffered from a hefty price tag and poor performance.
©2007 Publications International, Ltd.