To mark the Corvette's first half-century of production, Chevrolet offered a 50th Anniversary Special Edition 2003 Corvette. Available only on coupes and convertibles, the package included a handsome metallic-burgundy Anniversary Red exterior with champagne-painted wheels and specific badges; a shale interior was highlighted with embroidered emblems on the seats and floor mats, armrests, and grips. The 50th Anniversary convertible also had a shale-hued top. As many as 10,000 Anniversary cars would be built, based on customer demand, and the package -- RPO 1SC Preferred Equipment Group 2 -- added $5,000 to the cost of a base coupe or convertible.

Corvette Image Gallery
Also standard with the golden-anniversary model, and optional on 2003 coupes and convertibles for $1,695, was a new F55 Magnetic Selective Ride Control suspension. Similar to the system GM introduced on the 2002 Cadillac STS, the system used a unique damper design to govern wheel and body motion via "Magneto-Rheological" fluid in each shock absorber. Simply put, this is synthetic oil permeated with millions of minute iron balls that float uniformly within the shock fluid. Adjusting the current fed to an electromagnetic coil causes the ball-imbued fluid to change viscosity -- and thus the shock absorber's damping -- with the ability to go from no damping to virtually solid damping.

The F55 suspension was designed to make such adjustments at the blinding rate of about 1,000 times per second, governed by a dual-processor computer chip and based on the car's speed, steering-wheel angle, wheel travel, lateral acceleration, braking, and even the outside temperature. The system was designed to isolate and smooth the action of each tire to help minimize bouncing, vibration, and noise. The result was a quieter, flatter ride with more responsive and precise handling, especially during sudden high-speed maneuvers. The system worked in tandem with both the Corvette's traction-control and antilock braking systems to afford maximum balance and stability over a full range of road conditions. For the heartiest motorists willing to trade some ride comfort for additional road feel, a console-mounted switch afforded a change from "Tour" to "Sport" mode.

Enthusiast-magazine testers came away duly impressed by the F55 system's ability to maintain control and reduce ride harshness when traversing large bumps or dips at speed, and its ability to absorb pavement imperfections and eschew superfluous suspension travel without sacrificing road feel. The alternate "Sport" mode was appreciated, but its greater degree of control and subsequently harsher ride was noted to be more appropriate for running hot laps on a race track than it was in daily driving. The Magnetic Selective Ride Control's added heft, just over 13 pounds, precluded the new system from being offered on the high-performance Z06, however, where every ounce of added weight was looked upon with disdain.

A host of equipment was made newly standard on coupes and convertibles for 2003, including fog lamps, sport seats, a power passenger's seat, and dual-zone auto climate control. Coupes received a standard parcel net and privacy shade for the hatch area. To accommodate future enthusiasts, special hooks were installed on the passenger's seat to facilitate connection of a specially equipped child seat (which was recommended only to be used in conjunction with a passenger-side airbag-cutoff switch engaged for added safety). All '03 Corvettes came with special silver 50th Anniversary emblems at the front and rear that featured the number "50" along with the car's signature crossed-flags logo. 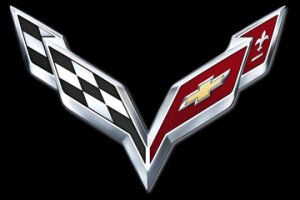 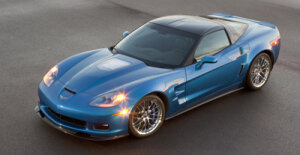 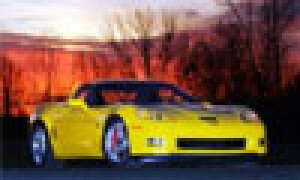