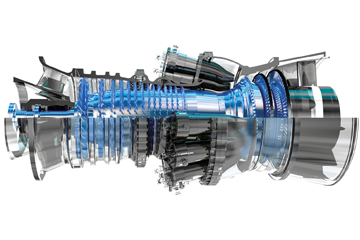 An engine designed for a ship isn't going to fit in a car ... but automotive types tend to be intrigued by the latest technology in bangs and booms. After all, an engine is an engine, capable of immense power (and who knows when such innovations will trickle down to the civilian sector).

So with that in mind, let's look at the rotating detonation engine -- a type of gas-turbine that's designed for efficiency, with its carefully constructed, consistent cycle of injections and explosions. It's not exactly new -- the patent was awarded about 20 years ago -- but as of late 2012, it's just now scratching the surface of its potential to generate power for large modes of transportation.

Researchers say the rotating detonation engine could also be adapted to generate electric power for all-electric ships and planes ... once we're advanced enough to have reliable boats and aircraft driven primarily by electricity, that is.

The United States military chose to invest in the rotating detonation engine's research and development, in part, because the technology is easily scaleable -- the size of the engine can be increased, and power production will also be increased. (Believe it or not, it doesn't always work that way.) So we never know -- perhaps the rotating detonation engine can be scaled down someday and its smooth power generation can propel all types of rolling stock.

We tend to think of the pressures created inside an engine as being more controlled rather than disorganized "detonation" -- we want it to be predictable, not chaotic. But if an engine can control a typical cycle with enough precision to produce steady power, it can also control detonations. And the burst of pressure that a detonation produces can result in a more efficient engine, if it's harnessed correctly. Typically, an engine mixes air with fuel to prepare it for detonation, which is when the fuel releases its energy. The efficiency of the fuel's energy release, though, is highly dependent on the type of engine.

This is where the rotating detonation engine differs from more common types of gas turbine engines. The air and fuel are mixed (as usual) before they're injected into a long, circular combustion chamber, in what "Physics Today" has described as "a sequential, circular manner." The first detonation sets off a cycle in which the pressure from ignition continues around the chamber, lighting each injection in sequence. The pressure from each ignition keeps the cycle moving. The pressure then forces the exhaust gas out of the combustion chamber through an exhaust nozzle, which is actually the thrust generated by the engine, and moves on to power whatever type of vehicle the engine is installed in (in this case, typically, a ship or an airplane). 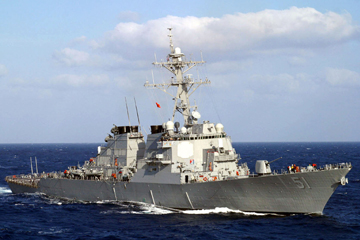