What cars have the lowest cost of ownership? 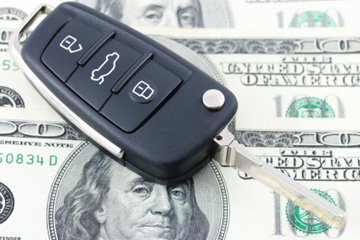 iStockphoto/Thinkstock
In addition to a car's sticker price, do you know the six factors that make up the total cost of ownership?

So you've shopped around and you've managed to narrow your choice to two or three cars, priced in the same ballpark and boasting similar features, but you're deadlocked as to how to choose between them. You're trying to be frugal, so you consider just going with the cheapest of the three, but something tells you that the decision isn't that simple.

There's more to the cost of owning a car than just paying the sticker price; in fact, the car with the lower sticker price might just turn out to be more expensive over the long haul. In other words, you might have the cash to buy a car, but not the income to afford to own it. That's the difference between price and total cost of ownership (TCO).

So which cars have the lowest cost of ownership? It's a complicated question and your circumstances may vary (especially if you include used cars in the mix), but here are some good candidates among 2010 vehicles, listed by manufacturer's standard retail price (MSRP) and estimated five-year TCO. The list also indicates the award-winners in their categories for 2010:

However, these cars are just the tip of the iceberg. Here are some examples of low-cost vehicles broken down by category:

The lists above are approximations based on estimates and averages. As always, you should shop around and do your own research prior to purchasing a vehicle. Edmunds.com provides a useful calculator for estimating TCO.

For more information about total cost of ownership and other related topics, follow the links on the next page.