What Is Car Depreciation?

Some things in life have the good fortune of getting better -- and therefore more expensive -- with age. Wine is a classic example. A good bottle set aside from anywhere between 15 to 50 years can produce a great-tasting vintage, one for which wine enthusiasts typically pay good money. A painting may not change too much if it's kept in decent condition, but views on its aesthetic qualities may shift over time; if they're favorable, having invested in a certain artist can prove profitable for a collector.

Most other things, however, experience an unfortunate decrease in value after they're purchased. There are several reasons for this, including age, wear and tear or even market conditions. A furniture set you purchased for your living room may look great for several years and serve its purpose for a while. But if you're moving to a new place and maybe looking to upgrade to a bigger set, you most likely will be selling your used furniture for less than you bought it. Scrapes, bumps and stains further decrease the set's value.

This decrease is known as depreciation, and it's a word that causes most new car buyers to shudder. Unless a car is a rare or classic model that often end up going for hundreds of thousands or even millions of dollars at an auction, the majority of vehicles on the road depreciate, no matter what the owner of the car does.

There are a lot of things you have to consider when buying a new or used car -- the costs of gas, car maintenance, taxes and insurance are just a few of them. But another important thing to keep in mind when thinking about purchasing a car is car depreciation. In this article we'll learn why cars depreciate, how much you can expect cars to depreciate (in general) and what to look out for when buying a new or used car.

Off the Lot: Why Cars Depreciate

Car depreciation is a tough thing for many people to keep in mind while they're shopping for a new or used car, or even when they're just maintaining the car they already own. It seems there are already enough immediate concerns you have to worry about while operating a vehicle. There are questions about car insurance, there's that annoying grinding noise coming from the front right corner and even simply monitoring how hot or cold your engine is running and watching how much gas is in your tank usually seem pretty important, too.

But car depreciation is always there -- in the background. It's even despairingly referred to by some as a "silent thief" because of the manner in which it continuously reduces your return on investment in your car.

The first year tends to be the steepest drop. In fact, the moment a new car is driven off of the lot, depreciation sets in immediately. Why is this?

There are a couple of reasons. Initially, you pay a retail price for a new car: whatever amount the dealer is willing to agree to in order to sell you the vehicle. The moment you're on the road, the car is instantly down to its wholesale price. In other words, whatever amount the dealer would be willing to pay for the car if you made the unfortunate decision to sell it back to him right away. This depreciation is typically thousands of dollars. On top of that, the money you spent on taxes and other licensing fees is gone, too.

So is there anything car shoppers can do to alleviate the pain of depreciation? Well, understanding some of the variables that determine car depreciation helps. Cars that maintain a high demand and are in low supply typically have better resale values. Some brands also depreciate less than others, and of course the condition of a used car will affect its resale value. In the end, it's best to just accept the fact that most cars depreciate and there's not much (if anything) you can do to stop it.

For more information about car depreciation and other related topics, follow the links on the next page. 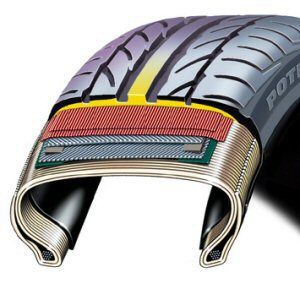