How long do timing belts last? 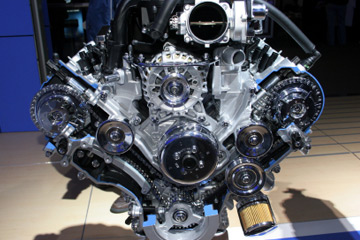 Your car's timing belt is responsible for maintaining the precision that's crucial to your engine's functions. Essentially, it coordinates the rotations of the camshaft and crankshaft so the engine's valves and pistons move in sync. The expected lifespan of your timing belt is specific to your car and engine configuration, usually between 60,000 and 100,000 miles. (You can check your owner's manual or look online for your car's service schedule.)

The manufacturer's recommended intervals are a safe guideline; you probably won't need to replace your belt any earlier [source: Allen]. However, if you're approaching your service interval and have doubts about the belt's condition, you might as well get it replaced a little early. It'll be less expensive than waiting until after the belt breaks.

Why is it important to replace the timing belt on such a strict schedule? The belt is a synthetic rubber strap that contains fiber strands for strength. It has teeth to prevent slipping, which fit into the grooves on the end of the camshaft and crankshaft. It's a simple part for such an important function, and when it snaps, things get a lot more complicated. Unlike many car parts that gradually lose function as they wear out, a timing belt simply fails. Whether the belt breaks or a couple of teeth strip, the end result is the same. One minute, your car will be running perfectly; the next minute, it won't. You're in trouble if your car has an "interference engine," in which the valves are in the path of the pistons. If the camshaft or crankshaft moves independently in an interference engine, there will be at least one valve/piston collision. The fragile valves will bend, and you'll be faced with a costly repair.

It's easy to check the belt for signs of premature wear -- just locate it in the engine bay (usually under a plastic or metal shield that should be easy to remove) and check it for drying, fraying and discoloration.

The belt itself is inexpensive, probably costing less than $20 at an auto parts store. Your mechanic will probably charge several hundred dollars (or more) for a belt replacement service, though. Those hours spent dismantling and reassembling the engine bay add up quickly.

You can replace the timing belt yourself if you have access to the necessary equipment. In some cars, it's a straightforward procedure -- remove the engine covers and shrouds, line up the camshaft and crankshaft, slip off the old belt, and slip on the new one. Sometimes, though, it's a lot more complicated. For example, the timing belt might loop through a motor mount, in which case the mount would need to be removed to access the belt. You'd need an engine hoist or stand to safely remove and replace the mount [source: Juran].

Keep in mind that an error in this job, such as improperly turning the engine by hand or failing to coordinate the shafts, will cause the same damage as a snapped belt. Make sure you understand the procedure before getting started.

Need more help with the do-it-yourself approach? The next section will point you in the right direction.

10 Popular Car Modifications
What is the technology behind the magnetic air car?
How Alternative Fuel Filling Stations Work