How long do headlights last?

How long do halogen headlights last? 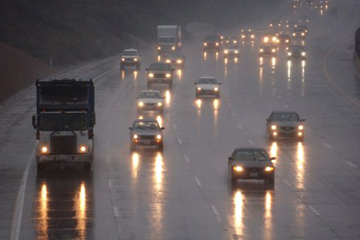 Headlights are reflected on the rain slick freeway during a storm in Inglewood, Calif.
AP Photo/Phil McCarten

Halogen headlights are simply older-style incandescent lights -- the ones that use a filament to produce light -- with a more efficient twist in the form of halogen gas. Their lifespan ranges from 450 to 1,000 hours. Why such a wide range? Well, it's all about the heat (which the halogen light produces in great quantities) and efficiency (which the system lacks).

The halogen bulb is still an incandescent bulb, like the kind of light Edison invented, at its heart. In any incandescent light electricity is forced through a tungsten filament. The filament resists the electricity and heats up. As heat and light are essentially the same thing from a physics standpoint, light is created. This is a very inefficient system, however. In an ordinary incandescent bulb, which has been largely phased out of the auto industry, the filament creates about 95 percent waste-heat and only five percent light. And every time the tungsten heats up, a little of that metal is evaporated and the gas migrates to the inner surface of the bulb causing the typical mirrored surface of a dead bulb.

Halogen headlight bulbs add a little bit of inert gas inside. This gas increases the amount of light created. It also allows the tungsten burned off the filament to migrate back, thereby increasing the longevity of the filament and the bulb.

Now, back to the heat issue. Say you have an incandescent bulb rated for 250 hours at 12 volts. If you pushed 13.2 volts through the system more heat -- and light -- would be generated. In turn, more tungsten would evaporate and the bulb's life would be shortened, at least in theory. Cars often vary their voltage output and can range from 12 to 14 volts during one short trip.

Additionally, let's say the bulb in question was in Alaska, where it's always dark and cold during the winter. That chilling effect would reduce the heat and theoretically extend the life of the bulb. Of course the same headlight would be used more often and therefore might see a shorter lifespan than it would in the continental United States, where winter darkness doesn't last as long.

So, bulb life is affected by several factors. Yet another factor is the relative thickness of the filament. The thicker the filament the longer the life of the bulb, but the less light produced. If the filament is thinner, more light is produced but the lifespan is shortened. Add in road vibration, electrical surges in the charging system, battery condition and the stated wide range of life for your typical headlight -- from 450 to 1,000 hours -- and all of this becomes more understandable.

Of course there are other factors as well. Road and engine vibration, whether the bulb is used as part of a daytime running light system, whether someone touched the glass surface of the bulb when they installed it and even the quality of materials used at the factory to make the bulb can affect the lifespan.

The best thing to do is to keep an eye on the bulbs and perform a routine check, because you never know when one will give out. 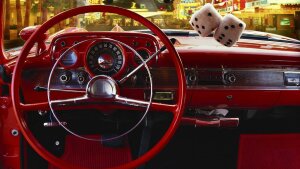 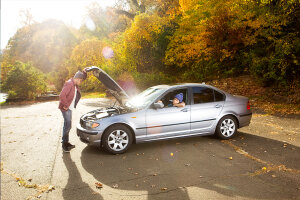