How long does a car's air filter last? 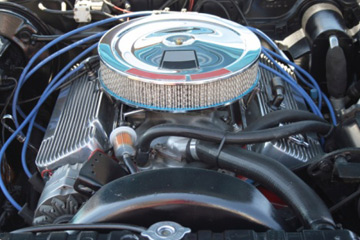 Image Gallery: Car Engines How do you know when it's time to change your car's air filter? See more pictures of car engines.
iStockphoto/Thinkstock

Any engine that runs by internal combustion of fuel requires air to operate. That's because without air, specifically, oxygen, fuels like gasoline and diesel can't burn and provide the explosive force to power the engine.

The trick is, not just any old air will do. In modern automobiles, the air must be cleaned before it gets sucked into the engine's air intake plenum and combustion chambers. If not, you run the risk of dust, dirt and debris quickly fouling up the engine, causing poor performance and potentially shortening the life of the car. Foreign particles act as abrasives on the metal parts of an engine, wearing away at engine bearings, piston rings and cylinders.

In addition, modern engines rely on a precise ratio of air to fuel. When the engine is starved of air, the fuel mix is said to run too "rich," which in effect puts added strain on the engine.

Fortunately, we have engine air filters which allow just the right amount of air down our vehicle engines' gullets, while trapping the grit that would do our engines harm. But even the best air filter can withstand only but so much abuse from the outside environment. So how do you, as a car owner, know when it's time to change the air filter?

That all depends, as is often the case with car parts, on how hard the car is driven and under what conditions. If the car sees much use in dusty, harsh conditions (think of stop-and-go city driving with lots of construction going on), then more frequent air filter changes are in order. If, on the other hand, you happen to be the proverbial little old lady from Pasadena who only drives on Sundays, you can get away with less frequent air filter replacements.

Some experts recommend changing your air filter as often as every 3,000 miles (4,828 kilometers), along with changing the oil [source: 2CarPros.com].

Others say that's a little too excessive and that you should simply use your judgment in visually spot-checking the air filter and change it out when it looks dirty.

Your best bet, of course, is to consult the owner's manual or a model-specific guide from a publisher such as Haynes or Chilton for the vehicle in question. Then follow the manufacturer's recommendations on type and frequency of replacement filter.

General Motors, for instance, suggests for many of its vehicles, changing the air filter at the 60,000-mile (96,561-kilometer) mark. But one automotive expert said that because of where he drives, he changes his own vehicle's air filter every two years or 24,000 miles (38,624 kilometers) -- whichever comes first [source: Torbjornsen].

In any case, it's a smart and proactive policy to at least inspect the air filter every 6,000 miles (9,656 kilometers). It costs nothing to look, and it could save you from expensive repairs down the road!

For more information about air filters and other related topics, follow the links below. 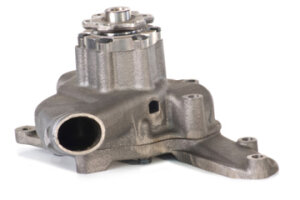 How long does a water pump last? 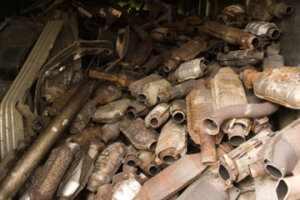 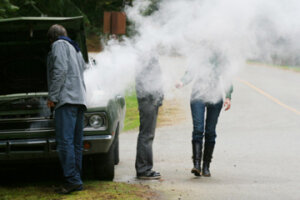 How long does a car's radiator last?