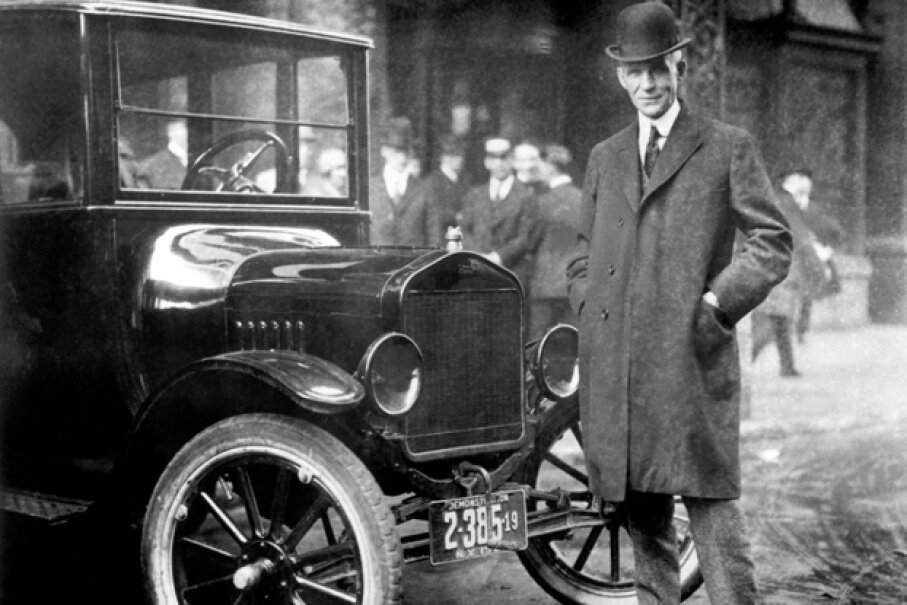 Henry Ford was born in 1863 and died in 1947. He didn't just witness important events in United States history; he helped make them happen. Ford's innovations and his namesake car company are a crucial part of our current economic system. And he didn't just build cars — he totally revolutionized the process, inventing new systems and methods that are still in use today. People are complicated creatures, though, and Henry Ford had some controversial opinions and beliefs that, for better or for worse, affect his legacy. For instance, he was a known anti-Semite, harboring deep prejudice against Jewish people. And some of his business practices that were initially considered progressive may have had darker motivations. As a result, a lot of Americans still feel strongly about the man. One faction wants to gloss over his unsavory qualities, arguing that his positive contributions to the American economy and industry outweigh the fact that he wasn't a very nice person. Others believe that his poor treatment of other people, and ethically questionable business practices, shouldn't be excused.

Which side are you on? Before making up your mind, let's take a look at some of the myths about Henry Ford.

Went to See a Man About a Horse 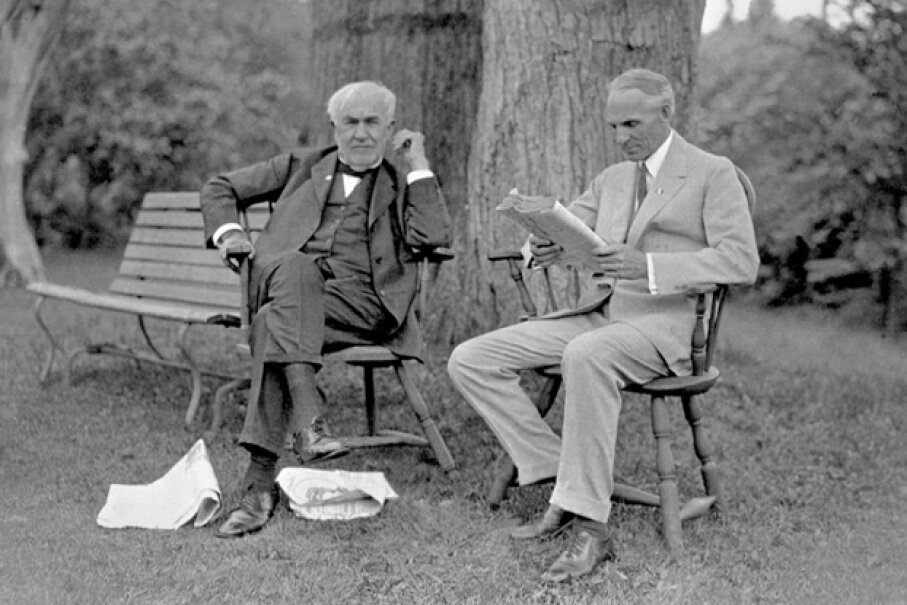 Henry Ford (right) had a longstanding friendship and working relationship with Thomas Edison (left). (Courtesy of the Ford Motor Company)

Henry Ford allegedly said, "If I had asked people what they wanted, they would have said faster horses." It's one of the most famous quotes attributed to him. However, there's little, if any, evidence that he ever actually made this statement [source: Vlaskovits]. In a sense, it doesn't really matter — in the grand scheme of Henry Ford, this is a pretty innocuous statement. Self-righteous, but harmless. And anyway, it's supposed to explain why he built the Model T the way he did, even though his methods were unheard-of at the time. Whether he said the quote or not, he still built the Model T and changed history. So why does it matter, then? Well, Henry Ford and Ford Motor Company are still case studies for innovators everywhere. And that quote stands as a dividing line between two schools of thought. The first believes that innovation should be in light of feedback from consumers and market research. The other side thinks that inspiration shouldn't be held back by trivial details such as feedback from consumers.

As we'll discuss in the coming pages, Henry Ford started out on one path and then got lost going down the other, regardless of what he did or did not say. 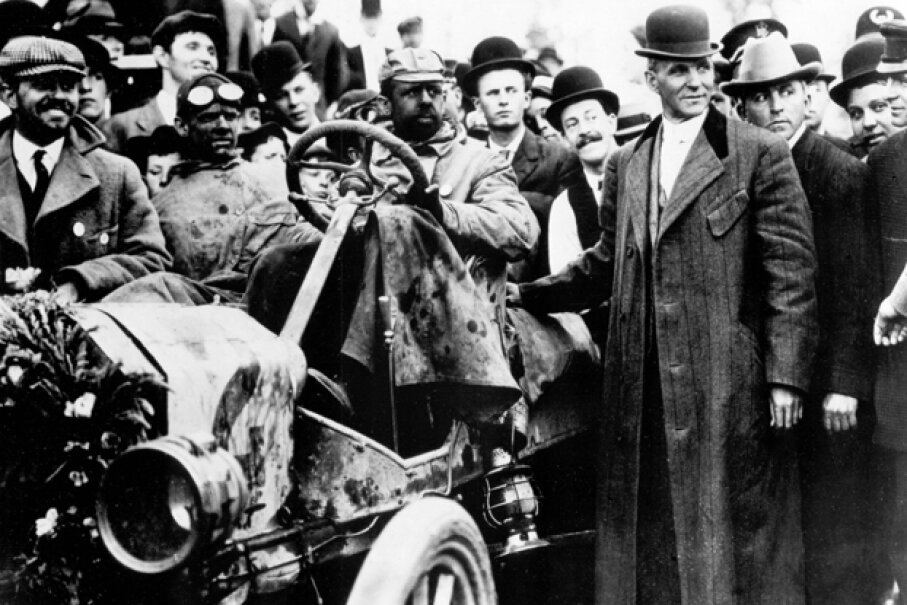 The first transcontinental car race from New York to Seattle was held in 1909 — Henry Ford's Model T won. The trip took 22 days and 55 minutes at an average speed of just 7.75 mph. (Henry Ford is shown standing next to the car.) (Courtesy of the Ford Motor Company)

The myth persists that to save money, Henry Ford re-engineered the Model T's longest-lasting parts to a lower quality. The Model T was designed for affordability and reliability, a great source of pride to Ford. Indeed, Model Ts tended to last longer than competitors' cars. As the story goes, though, Henry Ford reportedly sent a bunch of engineers out to junkyards to study Model Ts. They came back and told him that the junked Model Ts were pretty uniformly worn, with the exception of one part: the kingpin, which showed very little wear on nearly every example. Ford then said that new kingpins should be engineered to a lower quality standard so they wouldn't outlast the rest of the car. Historians seem to agree that this actually happened [source: Snopes]. However, the myth is that Henry Ford was willing to sacrifice the overall quality of his cars, and cheating his customers for the sake of pinching pennies. But that directly contradicts Ford's other quality initiatives, where he spent real money to produce a better car. Henry Ford just saw it as smart business not to spend extra money where it wouldn't have been of any extra benefit.

He Didn't Read His Own Newspaper ... 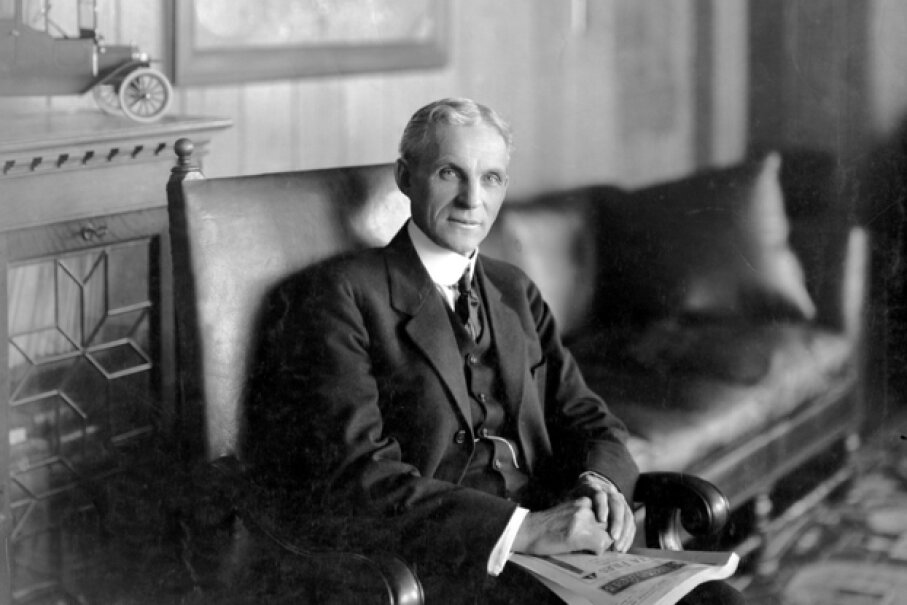 Ford's supporters claim that Ford really had no idea how offensive his viewpoints and statements were to the people around him. (Courtesy of the Ford Motor Company)

Henry Ford maintained ties with Adolf Hitler, frequently said horrendously offensive things, and even published a newspaper called the "Dearborn Independent," that was full of anti-Jewish hate speech. For years, historians and Ford supporters claimed that Henry Ford was not involved in the day-to-day business of running the newspaper and rarely actually read it; therefore, he could not be held responsible for what it published. Furthermore, some of Ford's supporters went so far as to claim that Ford really had no idea how offensive his viewpoints and statements were to the people around him [source: Woeste]. This myth, based on a fabricated quote by unethical historians, persisted even after it was debunked. Ford was sued for libel, and researchers have found lawyers' records from the case, which show that Ford ordered the paper to stop writing and publishing inflammatory content in 1922, and to start back up in 1924. The case never went to trial because Ford staged a car accident to avoid having to go to court.

Henry Ford may have manipulated his way out of testifying, but there's no way he's off the hook for the anti-Semitic content in the "Dearborn Independent."

He Was a Progressive Manager 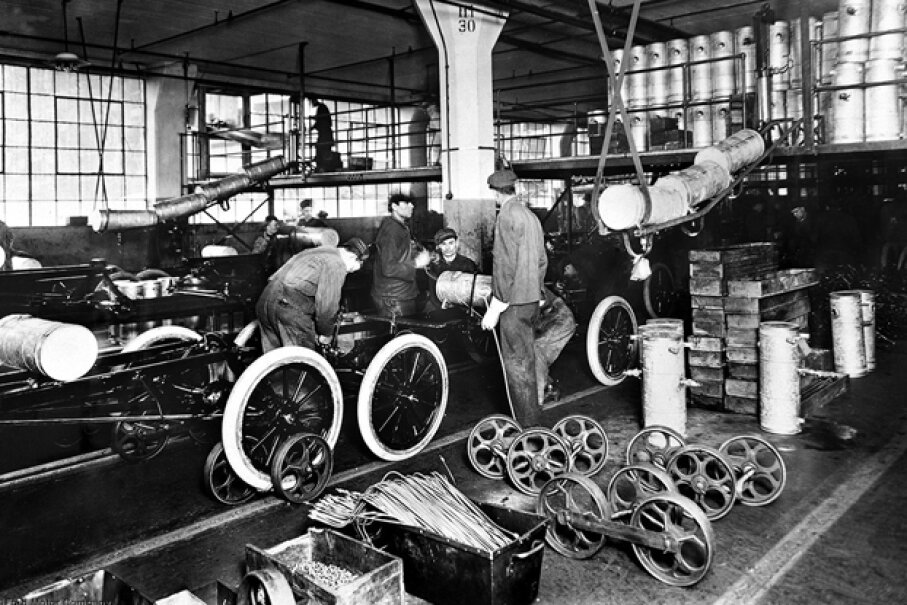 At the Highland Park Plant in 1913, Henry Ford introduced the first moving assembly line for cars. Within 18 months it took only 1.5 man-hours to build a Model T. (Courtesy of the Ford Motor Company)

On the surface, Henry Ford implemented a lot of different programs and policies that helped his workers. Some of his supporters tout these as "progressive" or even "liberal" ideas. Without any backstory, that interpretation is understandable. But as we've already discussed, Henry Ford was anything but liberal. In his defense, his motivation wasn't really profit. He simply wanted to improve the way he ran his business. Despite Ford's seemingly family-friendly policies, though, he really did try to control much of his employees' lives outside the plant. As the biggest auto manufacturer in the world (at the time) this behavior had far-reaching effects. Ford was particularly vexed by the possibility of unionization, and worked so hard to prevent his employees from unionizing that the National Labor Relations Board had to step in. In the late 1930s, when the unions were picking up steam throughout Detroit, Henry Ford was contemplating shutting down his company to prevent it [source: History.com]. He eventually gave in. In 1941, Ford signed a contract with the United Auto Workers.

As you'll see on the next page, the myth about Henry Ford's "progressive" workplace culture is worth discussing even further. 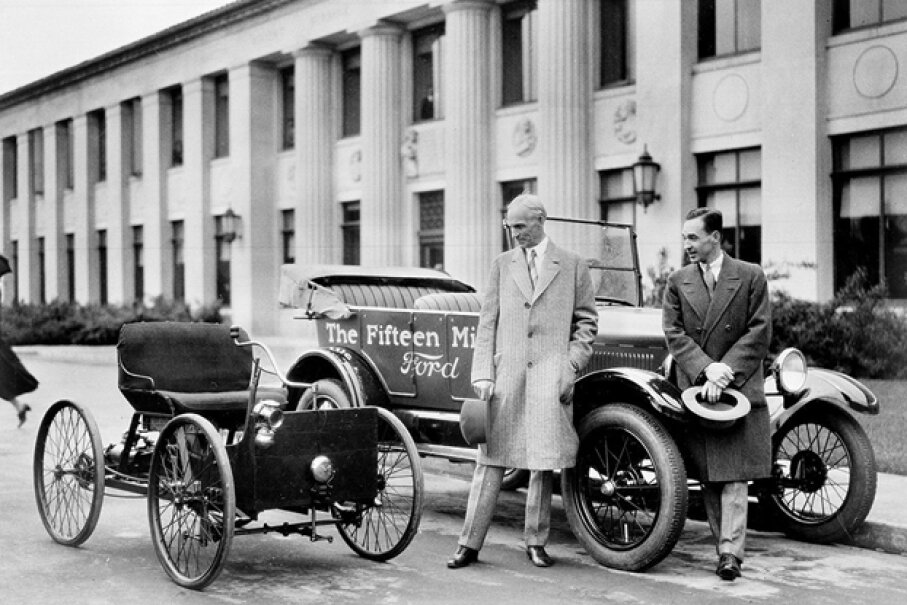 1927: Henry Ford (left) and his son Edsel (right) stand next to the first and the 15-millionth Ford. (Courtesy of the Ford Motor Company)

This is perhaps the most persistent Ford myth. It's true, Henry Ford raised wages to a level unheard-of at it the time: Assembly line workers had the potential to earn $5 a day. But it wasn't so they could buy their own Model Ts, as is widely repeated. Ford wasn't a liberal champion. He didn't particularly care about his workers' individual economic situations. He just wanted his workers to stop getting fed-up and walking off the line mid-shift, which cost the factory in wasted time, reduced or lost productivity and the headache of constantly hiring and training new employees. After the pay increase, productivity and quality improved, turnover was reduced and Ford was satisfied he'd made a sound investment [source: Leef]. However, with that increase, workers had to agree to a code of conduct that applied on the job and on personal time. They couldn't drink, gamble, or allow their wives to work outside the home. Immigrants had to learn English. Ford even employed a committee who would make home visits to ensure these standards were met.

So even though Henry Ford invented methods that changed manufacturing forever, his 'big brother' approach to employee management wasn't one that was especially celebrated — or widely adopted. 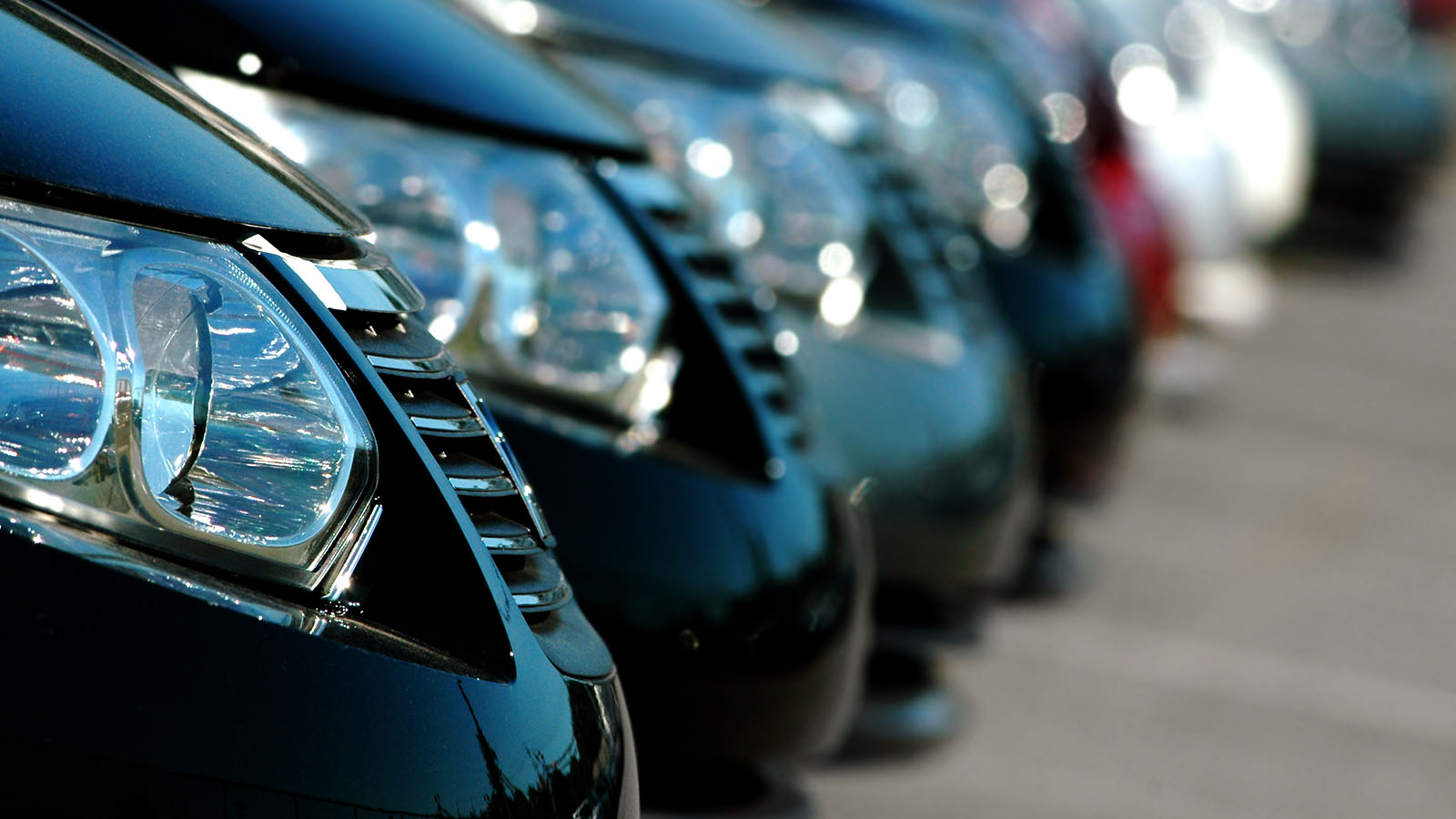