There are a lot of different terms used today in the tire industry. Some of them actually mean something and some do not. In this section, we'll try to explain what some of the terms mean.

All-Season Tires with Mud and Snow Designation
If a tire has MS, M+S, M/S or M&S on it, then it meets the Rubber Manufacturers Association (RMA) guidelines for a mud and snow tire. For a tire to receive the Mud and Snow designation, it must meet these geometric requirements (taken from the bulletin "RMA Snow Tire Definitions for Passenger and Light Truck (LT) Tires"):

1. New tire treads shall have multiple pockets or slots in at least one tread edge that meet the following dimensional requirements based on mold dimensions:

2. The new tire tread contact surface void area will be a minimum of 25 percent based on mold dimensions.

The rough translation of this specification is that the tire must have a row of fairly big grooves that start at the edge of the tread and extend toward the center of the tire. Also, at least 25 percent of the surface area must be grooves.

The idea is to give the tread pattern enough void space so that it can bite through the snow and get traction. However, as you can see from the specification, there is no testing involved.

To address this shortcoming, the Rubber Manufacturers Association and the tire industry have agreed on a standard that does involve testing. The designation is called Severe Snow Use and has a specific icon (see image at right), which goes next to the M/S designation.

In order to meet this standard, tires must be tested using an American Society for Testing and Materials (ASTM) testing procedure described in "RMA Definition for Passenger and Light Truck Tires for use in Severe Snow Conditions":

Tires designed for use in severe snow conditions are recognized by manufacturers to attain a traction index equal to or greater than 110 compared to the ASTM E-1136 Standard Reference Test Tire when using the ASTM F-1805 snow traction test with equivalent percentage loads.

These tires, in addition to meeting the geometrical requirements for an M/S designation, are tested on snow using a standardized test procedure.They have to do better than the standard reference tire in order to meet the requirements for Severe Snow Use.

Hydroplaning
Hydroplaning can occur when the car drives through puddles of standing water. If the water cannot squirt out from under the tire quickly enough, the tire will lift off the ground and be supported by only the water. Because the affected tire will have almost no traction, cars can easily go out of control when hydroplaning.

Some tires are designed to help reduce the possibility of hydroplaning. These tires have deep grooves running in the same direction as the tread, giving the water an extra channel to escape from under the tire. 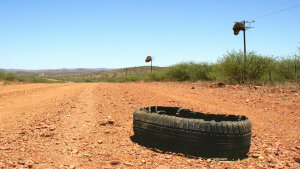 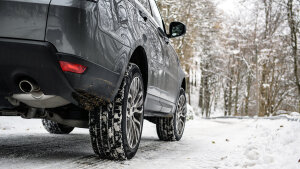 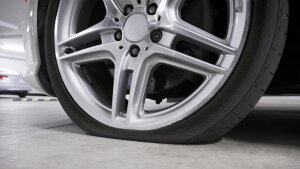