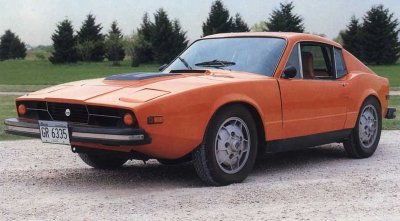 The Saab Sonett III improved upon the Sonett II's design up front with a longer, smoother nose and pop-up headlamps.

By most accounts, the report card on the Sonett II and V-4 was, “Tries hard, but could do better.” With the Sonett III, aimed directly at the U.S. market, that’s precisely what Saab did.

Because this remained a specialty model with limited sales potential, and because of Saab’s small size, there was no way to justify the cost of a completely new design. It might have made good technical sense to switch the sports car to the chassis of the then-new 99 sedan, but this wasn’t seriously considered.

Up front was a longer, smoother nose with conventional hood, pop-up headlamps, and a wide, shallow grille with driving lamps behind its thin horizontal bars. Other changes included rear quarter windows, more aggressively flared wheelarches, a stylish new dashboard, and a choice of two models: standard and luxury. As before, the body was fiberglass, and ASJ in Arlov handled both body production and final assembly.

At the back, the Saab Sonett III discarded the Sonett II's wrapped backlight, stretched out the tail, and featured a fastback roof with hatch window.

Also retained were the underframe and front-drive running gear from Saab’s V-4 96 sedan/95 wagon, but a more powerful, 1.7-liter version of the German Ford engine was adopted in deference to tightening American safety and emissions standards. Alas, its 10 more horsepower and nine extra pounds-feet of torque were offset by a considerable gain in curb weight, so the Saab Sonett III was no faster than the Sonett II all out and actually a bit slower off the line. Sales weren’t any better either: just 940 units for the entire calendar year.

Changes were simple and few in subsequent years. The ’71s wore redesigned wheels, and the alloy rims previously offered on the luxury model were eliminated. Saab’s new “corporate” grille motif marked the ’72s, which were also reruns otherwise. The following year brought U.S.-inspired front and rear “impact” bumpers much like those applied to the previous season’s 99 sedans. Of the last, Saab’s own historians said: “No one in the world could say that they did much for the car’s design.”

Unfortunately for Saab, sales were still a long way from viable, and this plus the 96’s planned North American phaseout meant that the Sonett would also vanish after 1974. A successor was considered but would never reach production.

Saab has yet to try another sports car, and may never. It has since found sports sedans -- especially the turbocharged variety -- to be much more profitable. Today, the closest thing to a Saab sports car (which still sounds like a contradiction in terms) is the 900 Turbo convertible -- very able but, as they say, a horse of a different color.

To learn more about Saab and other sports cars, see: