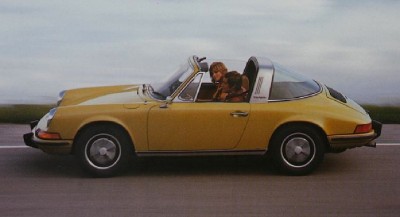 The Porsche 911is the essence of Porsche. In action here is a 1973 911 Targa. See more pictures of classic cars.

Porsche 911 may as well be code for sports car excellence, and the articles linked below explain why. Learn about the origins and evolution of this rear-engine wonder. Read what it's like to be behind the wheel of a speeding Porsche 911. Enjoy hundreds of pictures celebrating its classic design, and check out key Porsche 911 specifications.

For the complete story of the Porsche 911, read on.

Porsche 911 Pictures and Specifications: Its basic shape is a constant, but check out these pictures to see how the look of the 911 has in fact evolved over the decades. And peek under its skin for a look at key specifications that make it run.

For more information on Porsche and other exciting cars, see: