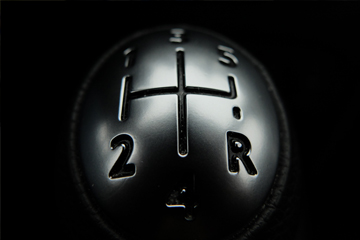 Thanks to advancements that have helped automatics become more efficient, they've easily surpassed manuals in terms of speed, too.
Christian Wrangsten / EyeEm/ThinkStock

It's easy to see why a lot of people believe that a stick shift helps a car launch off the line more quickly and accelerate better. Traditional automatic transmissions can sometimes feel sluggish, especially under heavy engine load. Despite their drawbacks, though, automatic transmissions became more popular with the average consumer, and some car companies started phasing out the manual altogether on certain models. Meanwhile, the manual was favored by designers and buyers of sports cars and other high-end vehicles, which may be why some people still believe they offer superior performance.

Perhaps at some point in the past, manual transmissions were truly and undoubtedly faster than their automatic counterparts. But thanks to advancements and innovations that have helped automatic transmissions become more efficient, they've easily surpassed the reliable old manual in terms of speed. Continuously variable transmissions (or CTVs) and automated manual transmissions shift even more quickly than a traditional automatic (or select the appropriate gear ratio, in the case of the CVT), and a lot of carmakers are phasing in CVTs as the standard gearbox, especially in models that are marketed as having good fuel economy.

This might sting a little, especially for the hardcore stick shift enthusiasts among us. Consumer demand will probably keep manuals alive, to some extent, at least for the foreseeable future, but the writing is already on the wall. Still have a hard time believing that an automatic or CVT is faster than your beloved manual gearbox? Consider this: If a manual transmission was really the fastest option available, why would some high-end manufacturers drop the manual entirely? Surely, Ferrari (as just one example) wants its cars to be as fast as possible, and if a complicated version of an automatic transmission is what gets it done, then that's what it's going to be.