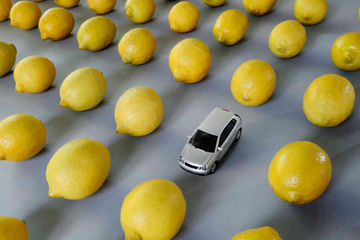 The odds are pretty slim that you'll ever need lemon law protection; but it never hurts to know the law -- just in case. Want to learn more? Check out these money scam pictures.
David Malan/Photographer's Choice/Getty Images

Bought a lemon lately? No, not the kind that makes your lips pucker and your ice tea tart, but the kind that you drive. A lemon, of course, is a car that's always breaking down and that doesn't perform like the dealer promised you it would. There's a good chance that these problems will be covered by the warranty in that big pack of documents the dealer handed you along with your car keys, but if the dealer or the manufacturer fails to honor that warranty or if you have to keep taking the car back for the same repairs over and over again, then you don't have to throw up your hands in despair and suffer from buyer's remorse. There's a good chance that federal and local laws have you covered and will provide some kind of remedy. Who says politicians never do anything important?

The most basic of lemon laws in the United States is the Magnuson-Moss Warranty Act, passed by Congress in 1975. The act covers warranties in general, including warranties on new cars. It isn't your only protection against lemons, however. Each state of the union has its own lemon law extending your protection even farther, though how much farther depends on what state you live in. We'll talk about both the federal and state forms of lemon protection in this article. And though we don't have enough space here to talk about every form of lemon protection in the United States, it isn't hard to locate information on your local state lemon law through the Internet.

That way, the next time you have your lemon, er, car towed into the dealer's workshop for more repairs, you'll be armed with more than just your checkbook.

When Sen. Warren G. Magnuson, D-Wash., and Rep. John E. Moss, D-Calif., got together in 1975 to sponsor the law that eventually became known as the Magnuson-Moss Warranty Act, there was widespread abuse in the U.S. of warranty provisions. Products were sold without warranties, the warranties that they were sold with weren't always clear about what was covered, and getting a warranty enforced was often more difficult than it needed to be. The Magnuson-Moss Warranty Act may not have changed all that, if only because the fine print in most warranties is intimidating to even the most detail-oriented of consumers, but at least Magnuson-Moss required that the fine print be available for the consumer to read before purchasing the product. And it told manufacturers what had to be included in that warranty. OK, so the earth didn't shake when Magnuson-Moss found its way through Congress, but consumers finally had some kind of solid, legal ground to stand on when they bought a product -- especially an expensive product like, say, a car -- that kept breaking down or didn't do the things the manufacturer claimed it would do. Magnuson-Moss may not have been the first lemon law ever passed, but it's the basis for most lemon laws in the U.S. today. It protects everyone, and individual state laws extend that protection.

The Magnuson-Moss Warranty Act is for consumer products only and doesn't apply to products that cost less than $5. It doesn't require that a product come with a warranty -- if it doesn't you're pretty much on your own as far as Magnuson-Moss is concerned. It also doesn't apply to service warranties; however, if a product comes with a warranty, the legislation spells out how that warranty has to be written.

A full warranty guarantees that the consumer can get any parts repaired provided that they don't work as advertised (and aren't the result of damage by the consumer). A limited warranty spells out specific conditions that the warranty covers. The truth is, for full warranty coverage, the consumer is generally better protected by state warranty laws; Magnuson-Moss mostly just defines terms and spells out legal methods for getting a remedy in cases where the warranty isn't honored. So let's look at state lemon laws next. 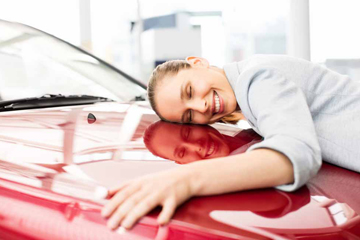