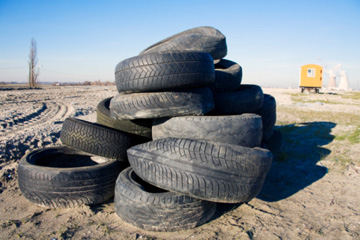 There are millions of passenger vehicles on the road today -- everything from tiny commuter cars to massive pick-up trucks. No matter what they look like or how they're used, they all have a couple of basic things in common: an engine to provide the power and tires to ride on.

There are many different kinds of tires, too, from fuel-efficient small tires to big 24-inchers with flashy rims. They can be plain and inexpensive or elaborate and spendy. But even the cheapest tires can add up pretty quickly if you have to replace all four at one time.

There are ways to protect your tire investment, wherever you fall on the scale. Improving your driving habits comes first. Fast turns, fast starts and fast stops all cause more tire wear, as does speeding, which heats the rubber and causes faster breakdown. And of course, the obvious: avoid obstacles like curbs, potholes, logs and rocks. Even if these don't puncture a tire, constant scraping against a cement curb or slamming into potholes can wear down the rubber. It'll give out eventually -- probably sooner rather than later.

A visual inspection can turn up tread wear, scrapes, bulges and the like, which would mean it's time for a new tire. Also, noises, pulling, or vibration while driving can sometimes mean the tires need to be replaced, too.

To get the most miles out of your tires -- and minimize those noises and vibrations -- keep an eye on air pressure, alignment, and rotation. Up next, we'll take a look at these fairly simple measures for making tires last longer. 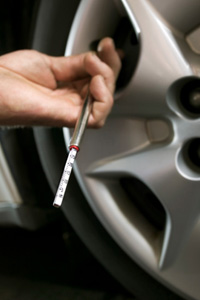 Once a month, check the air pressure with a tire pressure gauge when the tires are cold. It's best to do it in the morning before the car's been driven anywhere at all or at least a few hours after its last trip. Even a couple miles on the road can warm up the air inside the tire, causing it to expand and giving you an inaccurate reading. Warm summer days will expand the air inside the tires, too. A cold reading will give an accurate measure of pressure and, once filled, leave room for expansion while you're driving.

If once a month seems excessive, keep in mind that tires can lose one or two pounds of pressure a month. Neglecting this chore for six months means there's probably a little flat spot on the bottom of the tire where it meets the road. Having more tire in contact with the road means more surface area to wear out -- not to mention the fact that it can negatively affect your gas mileage, too.

Newer cars equipped with tire pressure monitoring systems (TPMS) lend a hand in the air pressure department. The basic systems alert the driver when a tire is low and going flat with an exclamation point inside a tire symbol on the dashboard. Other more sophisticated systems offer the tire pressure readings for each tire -- no pressure gauge required.

Once your tires are properly inflated, they should be properly aligned. On the next page, let's see how that can affect tire longevity. 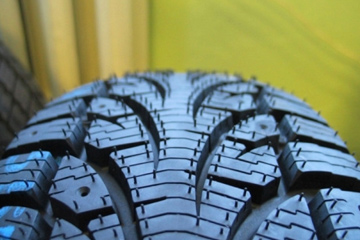 Tire shops use laser alignment systems for precision wheel alignment, but you can check for alignment issues right in your own driveway, too.
iStockphoto/Thinkstock

When you take your car to the tire shop these days, they check your alignment with laser beams and other sci-fi-worthy instruments. This is great for absolute precision, but if you're trying to determine if you've got an alignment problem in the first place, there are a couple ways to check for yourself -- right in your own driveway.

Check for camber, the tilt of the tire toward or away from the frame of the car, by standing in front of the parked car (or behind it, if you're checking the rear tires). If the tires tip in -- that is, the tops are closer together than the bottoms -- the tread will wear away on the inside of the tire first. If they tip out -- bottoms closer than the tops -- there will be more wear on the outside.

If you notice your tires are slightly off angle or if you see the tell-tale tread wear, it's time to get your tires aligned to increase their usefulness. While you're at it, you might want to get those tires rotated, too, which we'll discuss next. 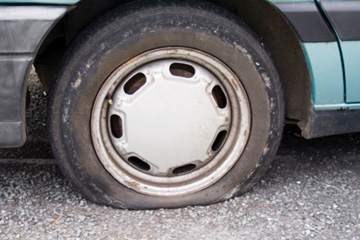 This probably goes without saying, but it's always worth reminding car owners that rotating the tires means they'll wear more evenly. And even wear is the key to getting the most out of a set of tires -- no matter what type of tire you're using.

Rotating the tires means taking them all off and moving each one to a new position on the car. Rear tires wear differently than front tires, depending on whether it's a front-wheel-drive or rear-wheel-drive car. Left tires wear differently than right ones, too, depending on the number of turns taken in either direction or how carefully you parallel park. We've probably all scraped a right tire or two in our time; rotating the tires means not scraping the same poor tire over and over again against the curb.

Most automakers and tire manufacturers recommend rotating the rubber every 6,000 to 8,000 miles (9,656 to 12,875 kilometers). If your car has a full-sized spare -- a tire that looks just like the ones mounted on the car and not a little black donut for emergency use -- then make sure that the fifth tire is included in the rotation, too. That will help reduce wear on each tire quite a bit and give you the maximum life for your set of tires.

When you're talking about tires, a little maintenance goes a long way. We're hoping that if you follow these tips, your tires will go a long way, too. For more information about tires and other related topics, follow the links on the next page.