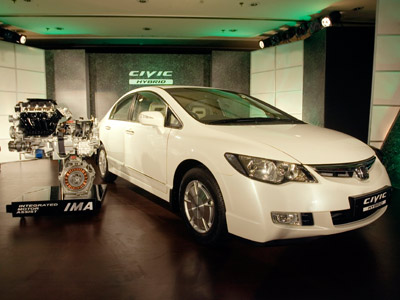 The Honda Civic ­Hybrid has the distinction of being one of the most affordable hybrids out of the top 10 best selling hybrids in America. The Civic Hybrid is nearly indistinguishable from the conventional Civic, except for its powertrain.

Buyers snapped up more than 31,000 Honda Civic Hybrids in 2008. Not only is it an economical choice for green drivers, but the Civic Hybrid retains a lot of the fun-to-drive characteristics of the conventional Civic. The Civic Hybrid handles well, accelerates with some oomph and has Honda's bulletproof reputation for reliability. But the Civic Hybrid won't be the cheap kid on the block for long. In April of 2009, Honda will reintroduce the Honda Insight, a midsized hybrid that will likely be priced less than the Civic Hybrid.