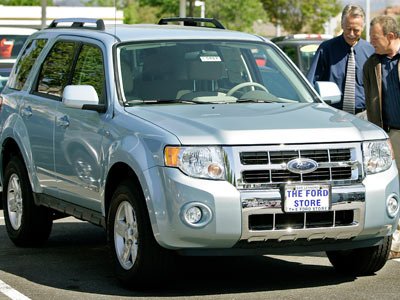 Even though Gene­ral Motors has three hybrids on this top 10 list, Ford is the only domestic automaker with hybrids listed in the top five. Together, the Ford Escape and Mercury Mariner Hybrids are the fourth best selling hybrid vehicles of 2008. The two models are fairly similar. Both are compact SUVs that seat five and are almost mechanically identical.

In 2008, Ford sold nearly 20,000 of the Escape and Mariner Hybrids as buyers opted for all the convenience and capabilities of a small SUV, but with the added boost of improved gas mileage and decreased emissions. As Ford starts to roll out more hybrids, including the well-reviewed Ford Fusion Hybrid, the Escape and Mariner Hybrids seem to be a good platform to build on.