The interesting thing about torque is that in low-traction situations, the maximum amount of torque that can be created is determined by the amount of traction, not by the engine. Even if you have a NASCAR engine in your car, if the tires won't stick to the ground there is simply no way to harness that power.

Wheel slip -- There are two kinds of contact that tires can make with the road: static and dynamic.

Quite simply, wheel slip occurs when the force applied to a tire exceeds the traction available to that tire. Force is applied to the tire in two ways:

Let's say you have a fairly powerful rear-wheel-drive car, and you are driving around a curve on a wet road. Your tires have plenty of traction to apply the lateral force needed to keep your car on the road as it goes around the curve. Let's say you floor the gas pedal in the middle of the turn (don't do this!) -- your engine sends a lot more torque to the wheels, producing a large amount of longitudinal force. If you add the longitudinal force (produced by the engine) and the lateral force created in the turn, and the sum exceeds the traction available, you just created wheel slip.

Most people don't even come close to exceeding the available traction on dry pavement, or even on flat, wet pavement. Four-wheel and all-wheel-drive systems are most useful in low-traction situations, such as in snow and on slippery hills.

The benefit of four-wheel drive is easy to understand: If you are driving four wheels instead of two, you've got the potential to double the amount of longitudinal force (the force that makes you go) that the tires apply to the ground.

This can help in a variety of situations. For instance:

There are also some situations in which four-wheel drive provides no advantage over two-wheel drive. Most notably, four-wheel-drive systems won't help you stop on slippery surfaces. It's all up to the brakes and the anti-lock braking system (ABS).

Now let's take a look at the parts that make up a four-wheel-drive system. 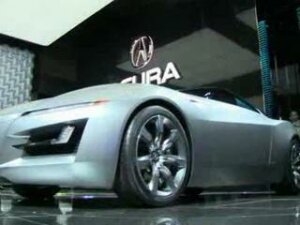 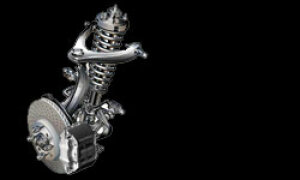