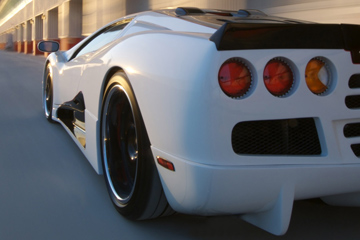 Do you know which supercar is officially the fastest of all? See more pictures of exotic cars.
Courtesy of Shelby SuperCars

Some people call them supercars. They're the fastest production cars on the planet, engineered as much for speed as they are for comfort or sporty appearance. Sure, you can buy these cars, but only if you have the bankability of a Bill Gates and the need for speed of a fighter jet pilot. They tend to be manufactured in small numbers -- a dozen here, a couple hundred there -- and you won't necessarily find them in an auto showroom near you either.

In an elite circle are the fastest of the fast, the cars that move down the straightaway as rapidly as an airplane soars through the sky. These cars are rarely pushed to their top speeds, which tend to be in the neighborhood of 250 miles per hour (402 kilometers per hour), because in most places it wouldn't be legal, or especially safe, to do so. You may see one zip past you on Germany's Autobahn, which has an "advisory speed limit" of 80 miles per hour (129 kilometers per hour) but no strict upper limit on how hard you can press the accelerator. Mostly, if you want to see these cars perform the way they were meant to perform, you'll have to catch them on a closed track, away from radar guns and speed traps.

But among these upper echelon cars, which is the absolute fastest? That title, which can usually be found in the Guinness Book of World Records, tends to change every few years (or every few months). In this article we'll talk about the car that currently holds the title, as well as a few cars that have held it in the recent past. Remember, these cars aren't typically from American and Japanese companies like Chevrolet or Toyota, but from exotic luxury car manufacturers like Ferrari, Lamborghini and Bugatti.

So what car currently holds the fastest in the world title? 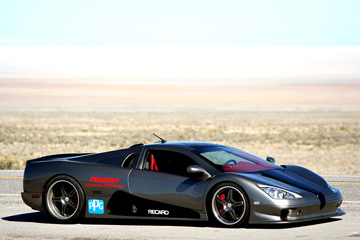 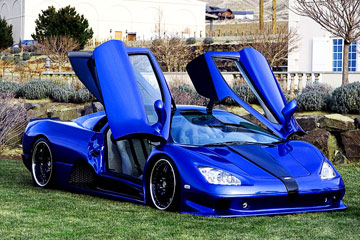