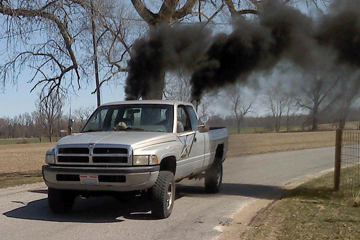 Rolling coal (as a non-motorsports hobby) is a deliberate attempt to pollute the environment and waste fuel.
(Courtesy of Ohio Coal Rollers)

Rolling coal started when people with big diesel trucks held contests to see whose truck could pull the heaviest stuff for the longest distance, but, for the most part, this crowd kept to themselves and contained their hobby to organized events. The little kids watched the big kids, and then, at some point, the little kids realized that excessive clouds of spent fossil fuel tend to get liberals kind of annoyed. Now, coal rolling has gone from the county fair to public roads, all in the name of making people angry.

Coal rolling is done by forcing more diesel fuel into the engine than the engine can handle, coordinating its release to get as much attention as possible. The coal rollers target eco-friendly cars, the Prius in particular, assuming that the drivers of such cars are liberal-leaning and are therefore likely to be most offended. On public roads, this hobby is illegal, because a truck emitting that much smoke violates the Clean Air Act. There are a few different ways to modify a truck to get it ready for coal rolling, but anyone who does is almost surely flaunting Environmental Protection Agency (EPA) regulations by removing the diesel particulate filter that reduces contaminants in the exhaust. In addition to polluting the environment (which is practically the entire point) the EPA reiterates that the chemicals can cause severe asthma and can also make existing heart and respiratory conditions much worse, even to the point of death [source: Bigelow]. Black carbon emissions, the type spewed out from coal rolling, is one of the most toxic types of airborne contaminants and one of the most influential causes of climate change. The toxins spewed from diesel smoke lead to 21,000 premature deaths every year [source: Kulze]. Some states have hotlines specifically for reporting vehicles that emit "excessive" smoke; even Texas has a fine on the books, up to $350 [source: DeMorro].

So far, it seems there are few actual consequences to coal rolling. Enforcement of these rules is done at a higher level, in that it's illegal to make, sell, or install parts that allow a vehicle to override federally mandated emissions controls, or what the EPA calls "defeat devices." One example is a computer chip or software upgrade that changes ignition timing. The EPA, for its part, admits that the purpose of a defeat device isn't to override the emissions controls; it's just that overriding emissions controls is a necessary side effect of achieving the desired gains in engine performance. In other words, the EPA doesn't run around in squad cars chasing down offenders, but they will "prosecute cases where significant or imminent harm is occurring" [source: Ballaban]. Also, to be fair, people with gasoline cars install these kinds of upgrades all the time. It's just that the side effects, which might be measurable with emissions testing tools, aren't as conspicuously visible. And they aren't being used as a political statement. 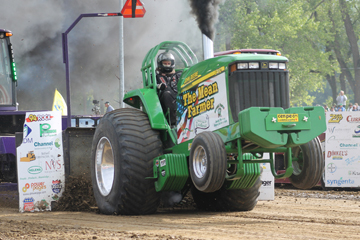 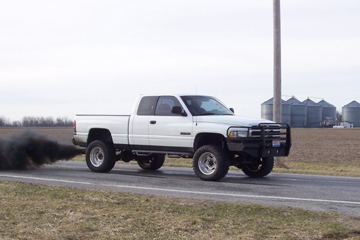 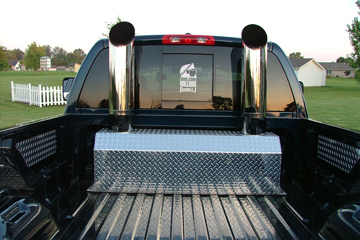