by Cherise Threewitt Sep 11, 2018
Oregon is one of the strictest states when it comes to speeding and reckless driving. Matt Mills McKnight/Getty Images

Even though every state across the United States writes and enforces its own rules of the road, the onus is on you, the driver, to be aware of the code of conduct whenever you cross state lines. And that can be a big deal, because in some states, they're cracking down big time when it comes speeding. But it doesn't have to be complicated. Just stay within the posted speed limits and you should be OK. Everyone does, right?

Of course, there's a reason states are getting serious about those who break the law. According to WalletHub, in 2016, speed was a factor in 27 percent of deaths resulting from vehicle crashes. And speeding is also expensive. The National Highway Traffic Safety Administration estimated that speed-related crashes add up to about $40.4 billion annually. It hits your own wallet, too, since the faster you go, the less efficient your car is.

Which brings us back to knowing the laws of the state you're in. If the reasons we've already mentioned aren't enough to keep you from speeding, consider that writing tickets is a cash cow for some states and counties, and it brings in a lot of revenue in the form of fines and fees. So if you don't want to dish out a bunch of cash, or risk losing your license, be aware of the driving laws in these states, which are among the strictest in the nation.

Getting hit with a Super Speeder ticket in Georgia might sound cool, until you get the fine. The Super Speeder Law went into effect Jan. 1, 2010 and defines "a driver convicted of speeding at 75 mph (120 kph) or more on a two-lane road or at 85 mph (136 kph) and above on any road or highway in the State of Georgia." If you get a Super Speeder ticket, you'll have to pay any fines and fees that apply based on where you were speeding, PLUS a $200 flat fee to the state of Georgia. If you fail to pay the $200 fine within 120 days of the ticket, your license will be suspended until you pay another $50 to the state (plus all your fines) to have it reinstated.

Delaware could be the strictest state in the country when it comes to reckless driving enforcement, according to WalletHub, at least, and the state comes in at No. 8 when it comes to enforcing speed limits. Delaware defines reckless driving as "any person driving any vehicle with willful or wanton disregard for the safety of persons or property." If you are convicted of reckless driving in Delaware, the first offense carries a fine between $100 to $300, between 10 and 30 days in jail — or both. For every subsequent offense that occurs within three years of a prior offense, the fine increases to between $300 to $1,000, and between 30 and 60 days in jail.

Watch your speed when you cross into New Jersey. If you get caught exceeding a posted speed limit by 10 mph (16 kph), you could be charged with "racing on public highways." That seems like a pretty loose interpretation of the term "racing," because the police don't have to prove you were actually racing anyone. But the law taps into the state's disdain of street racing culture. The law in question, NJSA 39:4-52, actually states, "no person shall operate a motor vehicle upon a public highway for a wager or in a race or for the purpose of making a speed record," and a lot is left up to the judge's discretion. But if you're found guilty, you'll have to pay fines based on how fast you were going, you could lose your license for up to 30 days and your car insurance rates will probably go up, too.

In Virginia, the law isn't so loose. You can get charged with reckless driving for simply exceeding 80 mph (128 kph) anywhere in the state, or for exceeding the posted speed limit by 20 mph (32 kph). That is, even if you weren't driving as fast as the reckless driving law states, (meaning you weren't driving aggressive, being inattentive or disregarding safe driving expectations). The ticketing officer can cite you for reckless driving based solely on his observations and slap you with the penalty, well, just because. A reckless driving ticket in Virginia will cost you up to $2,500, plus up to a year in jail, and you could also lose your license for up to six months.

One state you definitely don't want to get a ticket for reckless driving is Oregon. The state has the highest maximum fine for first and second time offenders. In Oregon, reckless driving is considered when "a person is aware of and consciously disregards a substantial and unjustifiable risk that the result will occur or that the circumstance exists." In other words, like in Delaware, there is a lot of leeway in how the law is applied and can be applied to speeders. Get convicted for reckless driving in Oregon, though, and you could face maximum penalties of $6,250, a year in jail, and five years of probation. Ouch!

Now That's Interesting
If you're prone to being one of those "lead-foot" drivers, you might want to consider moving to Texas. It's one of the most lenient of the lower 49 states when it comes to penalizing speeders.

The Light and Fluffy History of Southern Biscuits

These Folks Retired in their 30s and 40s: Can You Do It Too? 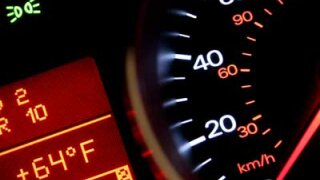 Can my car tell me the speed limit? 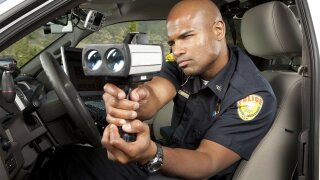 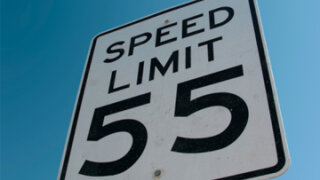