by Cherise Threewitt
Next
A dashcam will record everything that is occurring in front of your car, which can be very helpful in case of an accident. wanrung stock/Shutterstock

If you could have an accessory for your car that could potentially help you out of a jam with your insurance company, would you buy it? If you said yes, then there's good news. This device already exists. We're talking about dashboard cameras — or dashcams.

That's because a mounted dashboard camera will record everything that's happening in front of your car while you drive, essentially functioning as a silent witness to collisions or other incidents. A dashcam might also make would-be thieves or vandals think twice about messing with your car. And, as a bonus, you never know what else a dashcam might catch in the world just beyond your windshield.

Dashcams aren't as common in the United States as they are in many other countries, and the reasons for that are unclear. They aren't particularly expensive and they're easy to install and use.

The insurance industry's reluctance to fully embrace dashcams might be one contributing factor in their failure to achieve widespread usage, and that's really the only potential drawback of this useful tool. For now, let's take a closer look at the potential benefits of a dashcam.

When Dashcams Are Beneficial

The main selling point of a dashcam is to provide evidence in the event of a car accident. Though the camera typically records incidents through the windshield, some drivers choose to put a second dashcam in the rear window to capture evidence of rear-end collisions. Such footage would be particularly beneficial if the owner of the dashcam was not the driver at fault. But Friedlander notes via email that "a real-time video record benefits all parties involved in a traffic accident."

Dashcam footage is also useful if someone tries to blame a driver for an accident that isn't their fault, which the insurance industry considers fraud (more on this later).

On a similar note, Friedlander says, dashcam footage can be useful in fighting wrongfully issued traffic citations, particularly those from traffic cameras. Furthermore, dashcam footage may be useful in catching car thieves and vandals, and the supporting insurance claims related to such incidents. Dashcams can also monitor driver behavior, whether that's an employee in a fleet vehicle or a newly licensed teenage driver.

A dashcam could help determine who is at fault in a fender bender or a major accident.
Tom Merton/Getty Images

While dashcams benefit the drivers who install them, they're also useful for insurance companies. Fraud accounted for between 15 and 17 percent of total claims for auto insurance bodily injury in 2012, according to an Insurance Research Council (IRC) study. The study also estimated that between $5.6 and $7.7 billion was fraudulently added to paid claims for auto insurance bodily injury payments in 2012. This is due to what the insurance industry calls "staged accidents," and if you're the victim of such a staged accident (that is, the other driver involved when someone deliberately collides with you and then claims to be the victim), a dashcam recording can provide valuable evidence to support your story and expose the fraud. Check out the tweet below to see how a dashcam can be invaluable in this sort of incident.

Supporting policies that encourage dashcam use could cut down on these fraudulent claims, which could, in turn, lower insurance premiums for all customers. It will also save the victims from the rate increases that are common after an at-fault collision.

No major auto insurance companies currently offer a discount for installing a dashcam, though the state of New York is considering legislation that will require it (see sidebar). Furthermore, insurance companies don't have official policies on whether they'll review footage of a crash, which seems perplexing considering insurance adjusters do review photographs.

Why are photos acceptable if videos may not be? One theory, according to Car and Driver magazine, is that insurance companies don't want to see anything that may incriminate their customers. And on that note, if insurers have an official stance on dashcams, they can't evaluate each situation on a case-by-case basis.

However, Friedlander says, insurance companies are gradually changing their viewpoint.

"Dashcams are increasingly being used to provide U.S. property/casualty insurers with additional information about accidents, traffic violations and driving habits. In fact, many insurance carriers will accept dashcam footage from their policyholders in the case of an accident to assist in assessing a claim."

A decent-quality dashcam costs $60 to $150. The most basic dashcams plug into the car's cigarette lighter or run off a battery. Others are somewhat more complicated to install because they're connected to the car's electrical system. Experts recommend an HD-quality camera; otherwise, your recordings may miss important details like facial features or license plate numbers.

The variety of models on the market can be overwhelming, so consider the following attributes, as recommended by Popular Science:

Before you install your dashcam, make sure you know your local laws regarding window-mounted objects to ensure you won't get ticketed for obstructing your view. Clean the glass and then mount the camera based on the manufacturer's recommendations.

If you need to run wires to your cigarette lighter, you can keep them out of your way by taping or clipping them to the closest windshield edge, and then along the dashboard. If your dashcam taps into your car's electrical system for power, it's probably best to have it installed by a professional.

New York State may incentivize dashcam use, if Assembly Bill A5132, currently in a Senate committee, is approved. According to Friedlander, if the law passes, it will provide a 5 percent auto insurance premium reduction for passenger vehicles using and operating a dashboard camera. As for the insurance industry's take on the proposed law, Friedlander says, "U.S. insurers continue to assess the impact of dashcam cameras on driver safety and whether they help to reduce claim and theft expenses." 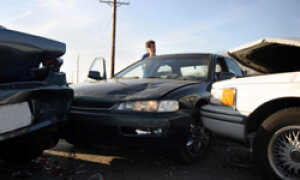 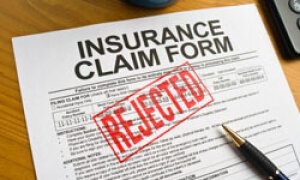 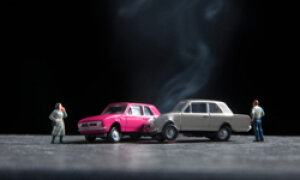