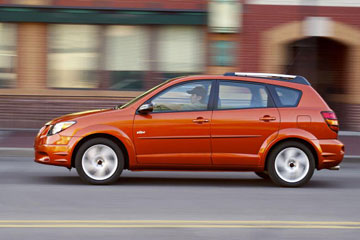 You're in the market for a new set of wheels, and you want to make sure the cars you're investigating have a reputation for being reliable vehicles. Once you've exhausted your friends and family with questions, where do you turn for advice? The Consumer Reports Automotive Ratings might be a good place to start.

For these ratings, Consumer Reports looks at data from hundreds of thousands of car owners. It also looks at many different car models and reports separately on models with different engines or trim lines. It works independently from automakers, so it doesn't need to worry about losing advertising sales for giving a vehicle a poor rating. And it interprets its findings without having to report them back to automakers. It reports all the data it collects, not just the data it collects on the cars with the best results.

Unlike J.D. Power's survey based on the first 90 days of ownership and its Vehicle Dependability studies which track 3-year-old vehicles, the Consumer Reports survey asks for subscribers' opinions about their cars over the course of the last 12 months. Starting in 2006, the Consumer Reports survey began rating 10 model years for cars; in other words, it rates a particular model of car from the time when it's brand new to when that same model car is 10 years old. This helps to give a more complete picture of the car's performance throughout the life of the model.

Consumer Reports Automotive Ratings also gives a "projected reliability," which shows how well a new model is likely to perform based on owners' experience with the model over the past three years. The Consumer Reports Automotive Ratings also can help you determine whether to purchase a particular used vehicle. The "used car verdict" offers you a model's reliability in the major trouble spots. This section of the report gives more weight to major problems, since they're more costly to repair.

On the next page, we'll take a look at how Consumer Reports compiles data to come up with the rankings.

Consumer Reports ranks cars using two methods: First, it sends out surveys to ask consumers about the overall performance of their vehicles. Second, it checks this data against its own tests, which are conducted on a test track.

Consumer Reports annually collects its data from a questionnaire that is mailed to subscribers of both its Web site and its magazine. In 2009, the survey was sent to 7 million subscribers, and 1.4 million responses were received [source: Consumer Reports]. The survey is created by a staff of social scientists who also consult with automotive engineers and statisticians at the Consumer Reviews' national research center.

The survey asks subscribers to report any problems they've had with their vehicles during the past 12 months. They're told to categorize problems by level of severity according to cost, safety, failure or time without a vehicle. Although subscribers also may report problems covered under warranty, they may not report damages or items under recall. Subscribers also are told not to report issues that are due to normal wear and tear, like issues related to batteries or brake pads, unless they failed much earlier than expected. This "reliability data" is updated annually.

After survey results are tabulated, engineers then test the vehicles on the Consumer Reports Test Track. They run a series of 50 performance tests to check against the data from the 1.4 million subscribers from whom they've collected data.

To maintain their goal of subjectivity, Consumers Union, the owner of Consumer Reports, purchases the cars for testing. Once they're on the track, the cars are driven through various courses that include straight tracks, skid pads, rock hills for off-roading and sharp turns to test for handling. Engineers look at how well cars accelerate, brake and ride, and they also check up on safety, fuel economy, comfort and cargo volume. They compare the data collected from the survey with their own findings on the track.

Additionally, in order to test transmissions, engineers drive vehicles through miles of city and country roads and high-speed interstates. While driving, they make hard stops and sharp turns to see how well vehicles respond to shifts in speed and direction.

Both parts of the test are very important. For example, while a car might perform quite well on the test track, it may get bad reviews from people dealing with the vehicle on a daily basis. The combination of reliability data and performance tests helps to inform consumers about the best vehicle for them.

For more information about types automotive ratings, read on to the next page.

When you check into a vehicle, you'll be able to drill down to many different specific parts to see how they fared in tests and surveys. Here's a list of the various vehicle areas rated by Consumer Reports:

Consumer Reports requires a minimum sample size of 100 cars to publish auto reliability information; however, most models have much larger samples numbering into the thousands. Because of the minimum requirement of 100 cars for a sample, Consumer Reports can't publish information on every model of car. Despite this, they're reporting usually matches well with car sale trends.

The Consumer Report National Testing and Research Center, located in Yonkers, N.Y., is the largest nonprofit education and consumer product test center in the world. Additionally, the Consumer Reports Test Track, located in Connecticut, is recognized as one of the best facilities for automotive testing in the world. The 327-acre site is one of the largest for automotive evaluation [source: Murray].

You can obtain a full Consumer Report for your potential automobile by subscribing to either the organization's Web site or magazine. A subscription to the Web site costs $26 per year [source: Consumer Reports]. When you go to the Consumer Reports Web site, you can access a list of vehicle models that have been evaluated by consumers.

You don't have to be a member to glean information from the site, however. Although you need to be a paying subscriber to get a full model report, you can get an indication of the cars' performance based on a checklist system on the Web site. The first-tier models are marked with a red check; these vehicles performed well on all of Consumer Report's tests, have average or above average reliability ratings and give good crash protection if crash tested. These cars also cannot have tipped during their government rollover test, or they must have electronic stability control.

Second-tier vehicles, indicated by a check inside a circle, meet even more strict guidelines. In addition to meeting all of the first-tier requirements, these cars are included in front-offset and side-crash tests conducted by the Institute for Highway Safety and give very good crash protection [source: Consumer Reports].

If auto companies aren't happy with how their cars are ranked by Consumer Reports, there are a number of things they can do to improve their rankings. Their engineers can study any area in which their models fell short and work to improve those points on the car.

Additionally, companies are working to make their cars more "green" by improving the miles per gallon that their cars require. American automakers have been working hard in recent years to improve their rankings. In general, Japanese cars tend to rank higher than American cars. For example, the Japanese automaker Subaru is consistently ranked high by consumers and tests well on the road.

To catch up with Japanese automakers, American companies like Ford have been working to improve their vehicles drive quality, quietness and electrical function [source: MSNBC]. Some of their newer models, such as the Ford Flex and F-150, have begun to rank at the top of their vehicle class. But just because a car is Japanese doesn't mean that it will rank well; the Honda Element, Mitsubishi Eclipse, and Toyota Yaris each scored low in Consumer Report Tests [source: Consumer Reports].