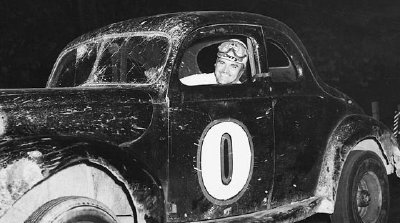 Fonty Flock was one of NASCAR’s first charismatic superstars that helped give the fledging sport its identity. See more pictures of NASCAR.

Fonty Flock was a cornerstone of the folklore of NASCAR's early years. Truman Fontello Flock was more than an accomplished ­throttle stomper. Known as Fonty, he was intelligent, well-spoken, and one of the few drivers of the late 1940s who felt at ease with the media. Always humorous and witty, he conducted himself admirably and helped NASCAR become a marketable ­commodity in its formative days.

As a teenager, Fonty sharpened his natural talents on rough dirt tracks under the tutelage of his older brother Bob. By the time he was 20 in 1941, Flock was regarded as one of stock car racing's best drivers. His rapid ascent to elite status took him to Bill France's touring series.

Fonty was crowned the champion of the 1947 National Championship Stock Car Circuit, the forerunner to NASCAR. He finished second in the 1948 NASCAR standings and won the 1949 Modified title. During the first three years France conducted Modified races, Flock won 34 races in a few more than 100 starts.

When the new Strictly Stock Late Model tour became part of NASCAR's traveling show in 1949, Flock was again one of the central figures. He finished fifth in the inaugural Strictly Stock standings. Flock scored his first NASCAR Grand National win in 1950 at Langhorne Speedway, then enjoyed his finest season in 1951. Winning eight races and 12 poles, Flock took a close second to Herb Thomas in the 1951 Grand National title chase.

Flock was leading the points standings and on pace to capture the 1952 NASCAR Grand National championship until he broke his shoulder in a crash at Martinsville. He was unable to start the following week at Columbia, S.C., and had to have relief help from Jack Smith at Atlanta. Under NASCAR's points system, relief drivers earned points based on the amount of laps driven. When Flock had to relinquish the seat to Smith, he only earned a fraction of the points for the duo's seventh-place finish.

With his arm still in a sling, Fonty drove the next race one handed in Macon, Ga., and miraculously finished second. A victory at Darlington pushed him back into the top five in points. At season's end, Fonty ranked fourth in the NASCAR Grand National standings.

Fonty quit NASCAR early in the 1954 season and campaigned in a Midwestern stock car series. He returned to NASCAR in 1955 and won three races. After the 1955 season, Flock only competed in selected events. He won one of seven starts in 1956 and remained inactive most of the 1957 season.

With the eighth annual Southern 500 coming up on Labor Day 1957, Herb Thomas asked Flock to drive his Pontiac in the race. Having won the event in 1952, Flock jumped at the chance, but Darlington's fickle blacktop held a trump card.

Flock wrestled with the ill-handling car for the first few laps. On the 28th lap, the car escaped his control and spun at the entrance of turn three. Split seconds later, Bobby Myers and Paul Goldsmith smashed full-bore into the idle Flock. Flock and Goldsmith were seriously hurt. Bobby Myers was killed instantly.

It was the final NASCAR start for Fonty Flock. He announced his retirement from a hospital bed.

During his career in Strictly Stock competition, Flock compiled enviable numbers. He was universally regarded as NASCAR's uncrowned champion.