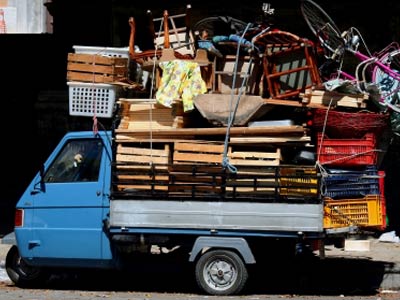 Roberto Gennaro/iStockphoto
It doesn't matter what type of vehicle you drive -- you should never exceed its gross axle weight rating.

Sometimes, buying a car or truck can feel like a numbers game. What kind of mileage does this model get? How fast can it accelerate from zero to sixty? What's the cubic volume of the cargo space? How much horsepower and torque is the engine capable of producing? How much does it cost? These are all fairly common numbers to learn when you're searching for a new or used vehicle. However, there are still a few numbers that don't get the attention that they deserve. One of these often-overlooked numbers is the vehicles gross axle weight rating, or GAWR.

No matter what type of vehicle you drive -- whether it's a car, truck, SUV or even a recreational vehicle -- you should be aware of your gross axle weight rating. A good place to begin is learning the GAWR definition. A vehicle's GAWR is the specific weight determined by the manufacturer to be the maximum allowable weight that can be placed on an individual axle. Front and rear axles have individual gross axle weight ratings [source: Ford Motor Company]. You can think of the GAWR as a weight limit for each of your vehicle's axles -- a weight limit determined by the automaker. A vehicle's axles should never be loaded beyond the manufacturer's listed GAWR.

It's important to understand that a vehicle's GAWR is not a measurement of how much weight each axle is actually carrying at any given time. The actual amount of weight each axle is carrying is the gross axle weight, or GAW. It's imperative that you don't confuse these two terms -- the GAW of a vehicle is constantly changing, but the GAWR will remain the same.

Safety is the primary reason for manufacturers to place a limit on how much weight each axle can carry. Overloading a vehicle of any kind -- including a trailer -- is dangerous. Heavy loads are always difficult to control on the road, but if that heavy load is unevenly distributed between the axles or even overloaded on one side of an axle, the problem will only be magnified. Here's just a sample of what can go wrong if, for example, too much weight is placed on the rear axle of a vehicle: The vehicle's overall handling will be greatly affected because the steering will be less responsive. The vehicle's brake system will not be as effective, as the front brakes typically do the lion's share of the braking. The rear tires may not be able to handle the extra weight, potentially causing a blow out situation. Overloaded and overstressed components within the vehicle's rear suspension system could bend or even break, causing you to lose control on the road. As you can see, an assortment of problems can result from overloading. Again, for safety's sake, the GAW should never surpass the GAWR on any vehicle.

Trailers have their own gross axle weight ratings which are determined by the trailer's manufacturer. Similar to the vehicles we've been discussing, the GAWR for a trailer should never be exceeded, and proper, well-balanced loading is just as critical for safety -- if not more so.

If you're curious about your own vehicle's gross axle weight rating, that information can typically be found on a label inside the vehicle's door frame, often in the area where the driver's door latches. Another option is to search for the information on the Internet. Most manufacturers will publish this and other important vehicle information online.

The chart on the next page may be helpful, too.

Depending on the make and model year of your car or truck, you may be able to find your vehicle's gross axle weight rating (GAWR) on the following chart.