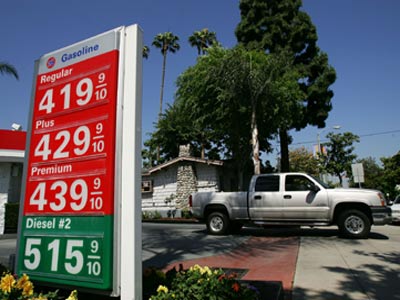 The effect of towing on your gas mileage may make you a frequent visitor to your local gas station.
David McNew/Getty Images

Towing presents a number of challen­ges. Aside from the entirely new set of driving skills you have to master, there are the logistics like tongue weight, gross trailer weight and hitch strength to consider. After you've tackled all of those issues, the last thing you want to worry about is how much the whole setup will cost you at the pumps.

Unfortunately, decreased gas mileage when towing is an unavoidable reality; you have Isaac Newton and his second law of motion to thank for that. Simply stated, force equals mass times acceleration [source: Henderson]. Basically what Newton was trying to say -- in towing terms -- is the heavier the load, the more force you need to tow it. That force, of course, is provided by your engine, so the more force it must exert, the more gas it's going to consume.

Whatever mileage your car is rated to get, you can be certain you'll see that mileage drop in direct proportion to how much weight you're pulling. This is because when car manufacturers devise the weight rating, they're assuming the car will only carry 300 pounds (136 kilograms) of cargo, including passengers [source: fueleconomy.gov]. That doesn't even cover the weight of two full grown men! When you consider that every 100 pounds (45 kilograms) of extra weight in your vehicle decreases fuel efficiency by 2 percent, it's easy to see how towing can be quite the fuel hog [source: fueleconomy.gov].

Compounding this "weight problem" is a little thing called drag, the effect of wind pulling on the vehicle and whatever it's towing, thus forcing the engine to work even harder. Bulky loads like trailers and roof racks present a greater surface area for that pesky wind to pull on. According to a Consumer Reports test, a simple roof rack decreases fuel economy by 5 percent. At highway speeds, more than 50 percent of engine power must be used to conquer drag [source: Consumer Reports].

All of these statistics paint a pretty dismal picture for people who regularly haul their gear around. If a measly bike rack can have that much effect on fuel economy, how are you and your new houseboat going to make it to the lake without having to refuel every few miles?

Before you go selling your pickup in a fit of despair, though, take a look at Is there a green way to tow? for ways to get the best gas mileage when towing. And for a better look at the impact of towing and gas mileage, turn to the next page for some real-life scenarios. 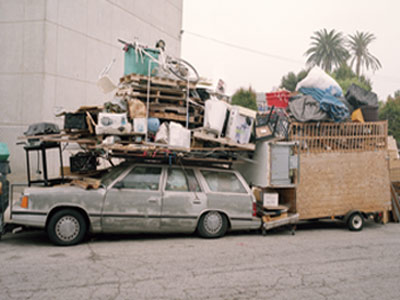