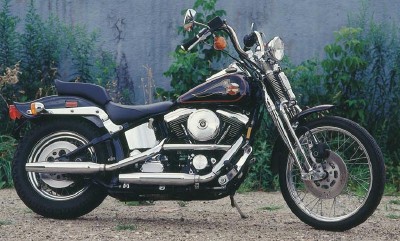 In what had become a common theme for Harley-Davidson, the FXSTS Softail Springer introduced in 1988 was designed with a combination of classic and modern styling elements.

The new Springer front end was reminiscent of those used before Hydra-Glide hydraulic forks were introduced in 1949. It employed a leading-link design activating compression and rebound springs, though they were joined by a modern hydraulic shock.

In back, the Softail suspension gives the look of a rigid frame, but instead pivots like a swingarm, extending a pair of coil-over shocks hidden beneath the chassis.

I the early 1980s, Harley had resurrected another idea from its past: belt drive. First appearing on a new Sturgis model, belts were used for both the primary drive (connecting the engine to the transmission) and secondary drive (transmission to rear wheel).

Of course, they weren't leather belts as used in the early years, but rather toothed rubber belts with reinforcing strands. Lighter and quieter than chains, they required no lubrication.

Compared to shaft-drive, they were cheaper and didn't invoke "pogoing" effects during throttle transitions. As a result, belt drive would prove a popular feature of many Harleys, including this one.

Power for the Softail Springer was via the 80-cubic-inch overhead-valve "Evo" Big Twin that had replaced the "Shovelhead" of the same size a few years before.

The Softail Springer was one of three models selected during Harley-Davidson's 85th Anniversary year to wear special paint and badges commemorating the event. And this unique model became a staple in the Harley-Davidson product line. 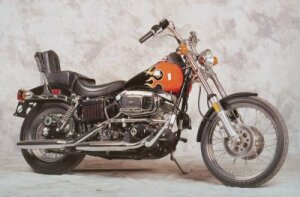 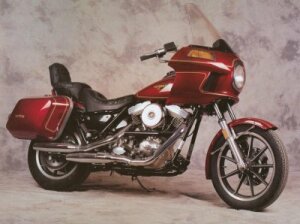 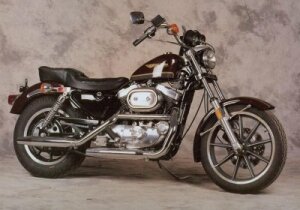