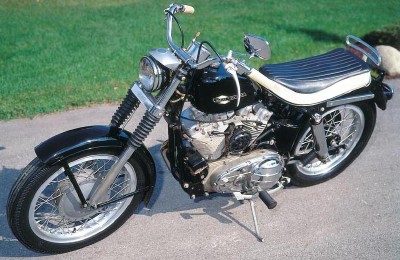 The Sportster's powerful engine earned it the nickname "King of the Drags." See more motorcycle pictures.

It also featured the now-famous "eyebrow" headlight cover that remains a Sportster trademark. Harley-Davidson also offered the XLH, a dressed-up, touring-influenced version that was outsold by its sportier sibling.

Power rose steadily over the years, earning the fleet Sportster the nickname "King of the Drags" -- an unofficial title it would hold until the late 1960s.

Of course, this was at a time when most of its competitors were British 650-cc twins, which spotted considerable displacement to the 883-cc Sportster. And in drag racing, size matters.

Go to the next page to see more 1964 Harley-Davidson XLCH Sportster motorcycle pictures. 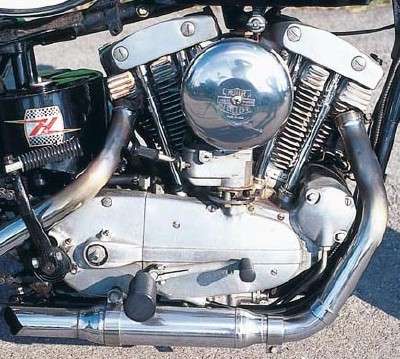 The XLCH introduced the "peanut" tank and "eyebrow" headlight cover that would become Sportster trademarks.
Despite its high-performance aura, the Sportster lacked a tachometer, providing only a speedometer.
Playing on the 150-mph top speed of slightly modified XLCH Sportsters, this Harley-Davidson ad claimed "Nobody builds a faster stock motorcycle."