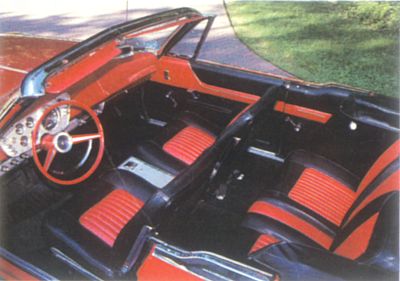 The 1962-1964 Plymouth Sport Furys weren't nearly as bad as they're usually portrayed. Yes, they could have been built better (Chrysler was still in its "rust period") and the styling certainly didn't suit everyone.

But in other respects these cars hold up surprisingly well. In size and balance they're still right today, and the long-hood/short-deck proportions were drawn years before we'd ever heard of "ponycars."

But bigger still meant better in early-1960s America, and the market didn't take to "standard" Plymouths (or Dodges) shrunk to near compact size. The result was a well-known sales disaster, Plymouth falling from a tenuous number-three position for 1960 all the way to eighth for 1962 -- its worst placing ever.

What's often overlooked is that these same basic cars lifted Plymouth to fourth the very next year (behind amazingly strong Pontiac), though the popular compact Valiant remained a big factor.

Most of what goes for Dodge's 1962-1964 standards applies to these Plymouths. Exceptions involve appearance, where Plymouth arguably fared better, and the initial 116-inch wheelbase, which unlike Dodge, Plymouth retained after 1962.

Incidentally, those who brand the 1962 Plymouth as weird-looking -- as many people did at the time -- should know that it might have been even weirder.

One surviving photo of the "S-series" design program that sired these cars shows a mock-up with virtual 1962 production styling, save a license-plate frame. It "featured" a vestigial trunklid fin offset to the left, echoing the asymmetric theme of Virgil Exner's 1960 "XNR" show car.

Intriguingly, another photo shows what appears to be a true full-size Plymouth looking very Pontiac-like and bearing "Super Sport" badges. This suggests that a two-tier lineup, like the Dart/Custom 880 split that Dodge ended up with in 1962, had been the original Plymouth plan. A shame it didn't materialize.

What did materialize was a sportier version of the downsized 1962 reviving the Sport Fury tag from 1959 (Chevy, of course, owned "Super Sport"). Bowing midyear as a convertible and hardtop coupe, it mainly offered the same features that proved so popular on Chevy's Corvair Monza, namely an all-vinyl interior with front bucket seats and center console.

Outside, the new twosome was set apart from lesser Furys by black grille accents, special wheel covers, belt molding extension, and a slim bright strip with dummy air vents above the back panel.

Unlike lesser models, which came with a Slant Six, Sport Furys carried a standard 361 "Golden Commando" V-8 with 305 horsepower. Power options ran through a pair of 383s up to a trio of mighty 413 wedgeheads packing up to 410 horsepower with ram-induction manifolding.

Remembering that the 1962 Plymouths measured seven inches shorter and up to 400 pounds lighter than the 1961s, it's easy to see that Sport Furys could be ferocious performers with one of the bigger V-8s.

Part of that weight-savings came from a switch to full unibody construction, without the front subframe of 1960-1961, which made for uncommonly tight, solid cars better able to exploit the fine handling of Chrysler's torsion-bar front suspension. No wonder law-enforcement agencies bought so many of these vehicles.

See how the story continues with the 1963 and 1964 Plymouth Sport Fury models on the next page. 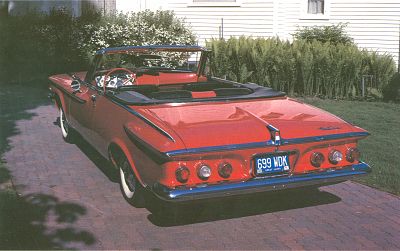 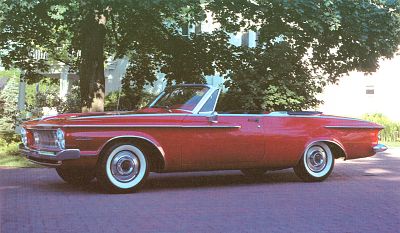