The 1961-1962 Buick Electra did not have the tall tailfins and dazzling brightwork that characterized the American dreamboats of the early 1960s. In fact, on the surface, it appeared to share nothing with its most recent ancestors.

That wasn't true, of course. Beneath that exterior lurked a chassis and powertrain that had changed little. Up top, though, was a clean and modern body that appeared to have tossed aside nearly all traces of ostentation and excess.

Not only were the fins gone, replaced by squared-off rear quarters with ordinary horizontal taillights, but the entire car had a square, down-to-business look. Buick named this new style "the clean look of action."

Sure, "portholes" rode the front fenders again, having experienced a rebirth in the previous year: three of the reshaped oval accents in a row for the LeSabre and Invicta; four for the luxury Electra and Electra 225 lines.

Front fenders ended in pointy contours that matched the projectile shape of the bumper tips below. Bodyside sculpturing wasn't so deep anymore, but still served as an integral part of the design, via a trio of parallel horizontal creases.

This year's quad headlights, however, sat at the edges of a grille that barely compared with the flamboyance that had come to symbolize Buick front ends: just a vertically positioned set of simple horizontal bars with center insignia. Compared to the recent past, here was a Buick that ranked as downright plain.

Gone too was the severely wrapped windshield, replaced by a milder shape that matched the rounded triangular vent wings. Elimination of the "dogleg" added almost five inches of space for entry and exit, across narrower door sills.

A new Hide-Away Drive Shaft lowered the tunnel height, giving center passengers extra space. As before, two roofline treatments were available for the hardtop sedan: Riviera-style with triangular rear panes; and the flat-roofed version with wraparound back window.

Wheelbases shrunk only a fraction of an inch, but each Electra model lost a couple of hundred pounds.

To learn about 1961-1962 Buick Electra mechanicals and production, go on to the next page. 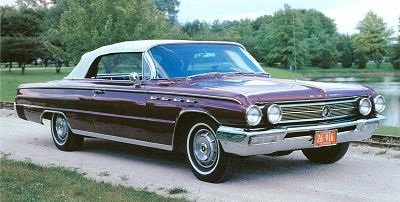 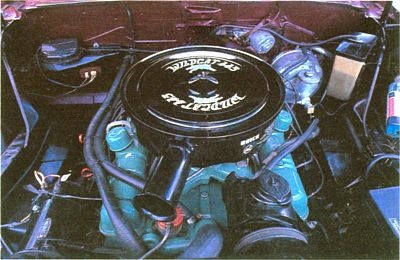 On the surface, the 1961-1962 Buick Electra didn't seem to share much with its predecessors. Though the tailfins and brightwork disappeared, under the hood, the robust powertrain and chassis remained.