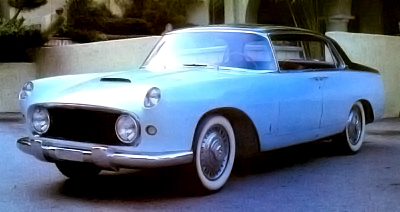 In the 1950s, Italy's design maestro, Pinin Farina, changed the shape of automotive architecture while drumming up new business for his expanding carrozzeria. Here's the story of the dramatic show car -- the 1955 Lancia Florida -- that touched off a worldwide styling revolution with an influence you can still see today.

The Lancia Florida is now some 50 years distant, so its colossal significance may not be fully appreciated by today's style-conscious observer. Yet few design studies offer such a clear-cut example of a truly new form.

There was nothing like the Florida in Pinin Farina's earlier work, and the maestro certainly didn't copy it from any of his rivals in Turin, London, Milan, or Detroit.

When he sprang his surprise on the world at the Turin Salone dell'Automobile in the spring of 1955, everyone was unprepared. And no one could grasp at that moment how much the Florida would influence the art of car design in years to come.

If that sounds like an exaggeration, it's not. With the Florida, Farina bid farewell to "monolithic" shapes and said hello to a new principle: body development by symmetrical juxtaposition of curved panels.

Look at it this way: If older cars were sculpted, as if hewn from a lump of clay, the Florida was just the opposite. It was built like a house of cards, each card preformed to a certain aesthetic concept. The starting point was not a solid object but merely a surface.

The Florida was remarkably clean for its time. The major theme was form, with a near-total absence of decoration. Horizontal emphasis was provided by the beltline, which picked up from the front fenders and stretched into the high rear fenders, blending with the backwards sweep of the C-post.

Further strengthening the horizontal motif was a full-length sheet-metal crease just above the wheel cutouts. A hardtop coupe built in steel, the Lancia Florida also featured a wraparound windshield and "dogleg" A-posts, prompted no doubt by the contemporary U.S. styling fad originated by General Motors.

The grille was not new, being merely a variation on the flattened oval that Farina was using on so many Ferraris. Headlamps were housed within the grille frame, with smaller auxiliary lamps recessed into the front fender tips.

In proportions, the Lancia Florida was perfect for its time. The profile was long and sleek, and rear deck length was sufficient for full visual balance with the hood, thereby giving extra emphasis to the car's static 50/50 unladen weight distribution.

The shallow greenhouse and big wheels may look dated to modern eyes. However, those wheels -- shod with Michelin X 165-400 tires -- seemed smaller than expected for a 104.3-inch-wheelbase car in 1955, and the absence of fixed B-posts counteracted the low roof, giving a definite airiness to the interior. The prototype was originally finished in two-tone paint, with white on the roof and decklid and dark blue everywhere else.

How was this amazing vehicle created? Learn more about the Lancia Florida's design on the next page. 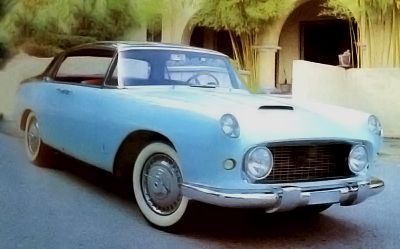 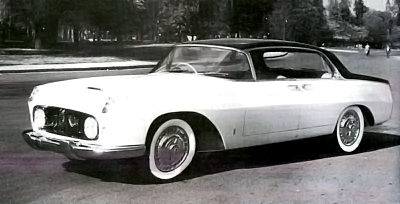 With the income from the sale of the Florida/Flaminia design to other automakers, Farina could have judged his commercial rewards from the Florida prototype as more than satisfactory. But his company was engaged in a rapid expansion program by this time, and was thus aggressively seeking manufacturing contracts. Farina had big plans for the 1955 Lancia Florida's future.

In 1955, the firm had purchased land in Grugliasco, a suburb of Turin, and its new production center was operating there before the end of 1958. This capacity had to be put to use as quickly as possible. Assembling the Alfa Romeo Giulietta Spider (of which 27,000 were eventually produced) was a good start, but it was only a start.

To drum up more business, Pinin Farina made yet another pitch to Lancia with the Florida II, a two-door coupe built in 1957 on a short-wheelbase version of the Flaminia platform. For him, it marked a return to the original Florida concept.

The big difference this time was that he had a production model as a starting point. Lancia approved the Florida II and, with a few changes, it entered production in 1958 as the Flaminia coupe. Lancia insisted on a steeper windshield rake, framed door glass, door vent windows, and a bigger air scoop, the main modifications to the basic design.

This production 1960 Flaminia sedan is a descendant of the 1955 Lancia Florida.
2007 Publications International, Ltd.

Pinin Farina built 5,235 Flaminia coupes over a nine-year period, and some of them came to America. (The Florida II prototype served for years as the maestro’s personal car.) The Flaminia sedan was discontinued at the end of 1963 after production of nearly 3,300 units, including 600 “late” models equipped with a 2.8-liter, 125-horsepower version of the V-6.

Pinin Farina died in 1968. Lancia was absorbed by the Fiat conglomerate in 1969, after 10 years as part of the Italcementi group. The ties between Lancia and the Pininfarina company (renamed in the early 1960s) are no longer as close as they once were, but the collaboration is still alive.

As for the Florida line, it made a strong reappearance in the Pininfarina design for the production Fiat 130 coupe of 1971, and you can see traces of it in the 1980s Peugeot 505. It has influenced countless designers all over the world. In particular, it’s present in some Jaguar, Rolls-Royce/Bentley, BMW, Ford, Nissan, and Volvo models.

A milestone in the evolution of car design, the Florida stands as one of Pinin Farina’s greatest single efforts. And considering his many other masterworks, that’s saying a lot.