How does oil recycling work? 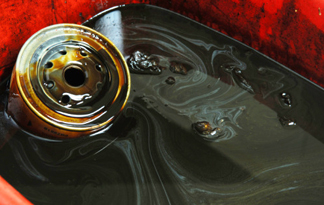 Do you know how to recycle your used oil?
iStockphoto/Thinkstock

Whether you're debating the need for oil independence or discussing the environmental impacts of oil drilling, there's no doubt about it: Oil is a hot topic of conversation. With so much of the conversation devoted to crude oil, the fate of more ordinary engine oils and petroleum-based lubricants is often overlooked. Nevertheless, by driving cars, mowing lawns, lubricating squeaky wheels and using countless other tools and gadgets, people generate thousands of gallons of waste oil each day. What happens to run-of-the-mill oil once it's been used and discarded?

Waste oil comes from an array of different sources, including do-it-yourselfers, auto shops, manufacturing companies, electric generating stations, HVAC companies and mining/smelter companies. Some of this oil (including a portion of the oil skimmed from oceans following industry accidents) is simply burned off. Waste oil that's too contaminated to meet U.S. Environmental Protection Agency (EPA) guidelines for recycling is disposed of as a hazardous material. Enough oil gets poured down sewers and drainage grates each year that the EPA has launched a campaign called "You Dump It, You Drink It" to educate home mechanics and small auto repair business owners about the proper way to dispose of oil.

And if it's been disposed of properly, waste oil can be collected and recycled, prolonging its usefulness. According to the U.S. EPA, somewhere between 380 and 800 million gallons of waste oil are collected by recyclers for reuse. Several types of oil and other petroleum-based products can be recycled or re-refined, including motor oils, metalworking fluids, emulsions, transmission fluids, brake fluids, coolants, heating media, refrigeration oils, electrical oils, buoyants and hydraulic fluids. Whether you're a home auto mechanic, a small business owner or a big wig in a company that uses a lot of oil, there are recycling options available to you. They'll green up your act, and they'll reward you with a little green, too.

So, what's involved in the process of recycling oil, and where can you find a place to recycle your used crude? We'll explore those topics next.

When a little kid plays in the mud, his clothes become soiled with sediment, pesticides, fertilizers and other "dirty" stuff. In the same way, routine use causes oil to be contaminated with dirt, water, chemicals, metal shavings and various other impurities. Recycling oil is akin to doing the laundry or taking a bath. Through a variety of processes, impurities are removed from used oil so that it can be repurposed again and again.

The term "oil recycling" is a broad label that can refer to many different processes for re-purposing used oil:

What does this mean for you? In a nutshell, recycled oil is just as good for your car as virgin oil, and this type of oil has undeniable environmental and economic benefits. We discuss those benefits in the next section.

DIY oil changes are economical, and for car hobbyists, they can even be fun. The next time you change your own motor oil, keep in mind that 200 million gallons of used oil are improperly disposed of every year, and a significant chunk of this number comes from DIY oil changers -- like yourself -- who pour used oil down storm drains. Just four quarts of oil drained in a typical oil change can contaminate 1 million gallons of water. But recycling your used motor oil is as simple as taking it to an auto repair or quick lube shop that accepts it. They'll combine yours with the used oil they generate and send it away to be recycled or re-refined.

Oil recycling offers benefits that appeal to conservationists and consumers across the political spectrum. Recycling oil is a boon to the environment and comes with great economic benefits. And, as we've already learned, oil that's recycled and repurposed for the consumer gets the thumbs-up from the American Petroleum Institute (API). Here's everything you need to know about the benefits of oil recycling.

Grandmothers have been recycling cooking oil forever, collecting pan drippings in containers under the kitchen sink to reuse for that next batch of fried chicken. But after a period of time, the flavor of that oil goes from rich to rancid -- and it gets tossed. Today's generation of cooking oil recyclers have more options. This oil can be recycled into biodiesel fuel or even filtered and used as straight vegetable oil (SVO) fuel for cars that have been converted to run on oil alone. Learn more about biodiesel technology at Biodiesel.org and SVO products at PlantDrive.com.

Whether home mechanics unthinkingly dump used oil into drainage ditches or unsuspecting homemakers spring an oil leak shuttling the kids to soccer practice, waste oil too often makes its way into our rivers, lakes and streams and contaminates the water supply. The environmental impact can be devastating. When consumers and businesses understand the value of properly disposing of used oil, this valuable resource can be reused again and again, sparing the ecosystem of hazardous waste.

Recycling oil is cheaper than refining oil from crude. It takes 42 gallons of crude oil but only 1 gallon of used motor oil to produce the same 2.5 quarts of lubricating oil. Recycling oil also reduces our independence on foreign oil; the more oil we recycle, the less oil we need to purchase from other sources.

Recycled oil meets or exceeds standards set by the American Petroleum Institute (API). It lasts just as long and performs just as well as virgin oil. It also has the stamp of approval of every major car manufacturer. (Some cars require synthetic oil, which isn't available in a recycled variety, so check your user's manual before purchasing.) Of all the environmentally responsible choices you can make, opting to purchase recycled oil might just be the most effortless. It's good for the planet, good for the economy, and it doesn't require a single sacrifice on your part.

If you have used oil you'd like to recycle, many auto repair and quick lube shops will accept your used motor oil. Head over to Earth911 to locate a collection center near you, and get lots more information about oil and recycling on the next page.